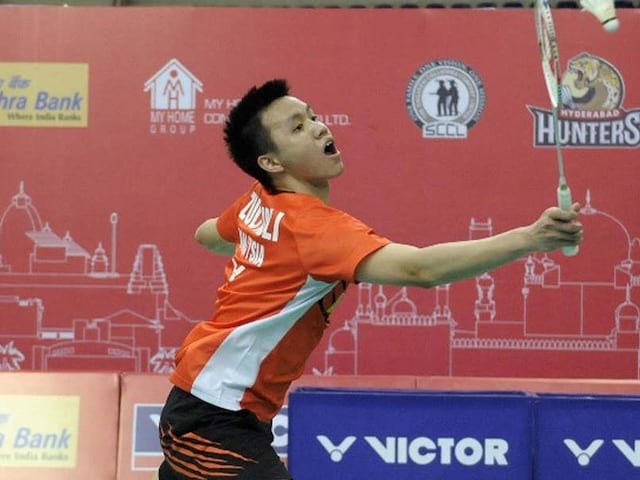 Neither player is affiliated with the Badminton Association of Malaysia© AFP

Two Malaysian badminton players have been hit with career-ending bans of 20 and 15 years respectively after being found guilty of corruption and match-fixing, the sport's governing body said Wednesday. The Badminton World Federation (BWF) said former world junior champion Zulfadli Zulkiffli, 25, was banned for 20 years and fined $25,000, while Tan Chun Seang, 31, was barred for 15 years and fined $15,000. They were found guilty of breaching the BWF code of conduct in relation to "betting, wagering and irregular match results", said a statement from the body. A BWF ethics panel, which held hearings in February in Singapore into the case, found both players "engaged in corruption offences over a significant period and a significant number of tournaments" dating back to 2013.

Zulfadli committed more violations over a longer period and it was proven he had manipulated the results of four matches, the BWF said.

Their suspension began from January 12, the date on which both players were provisionally suspended by the BWF.

Neither player is affiliated with the Badminton Association of Malaysia (BAM), but Tan was in Malaysia's squad for the prestigious Thomas Cup in 2010.

He was banned by the BAM from competing in Asian tournaments for two years after quitting the national team in 2011.

Badminton has been hit by cheating scandals before.

At the 2012 Olympics, eight women's doubles players were disqualified for trying to lose group games to gain an easier quarter-final draw.

And in 2014 the BWF asked police to investigate claims by two Danish players, Hans-Kristian Vittinghus and Kim Astrup, that they were approached by a Malaysian man to throw matches.

Malaysian badminton was previously hit by controversy in 2015, when former world number one Lee Chong Wei received an eight-month ban for doping.