Lee Chong Wei detailed the "nightmare" cancer treatment that left him unable to speak or eat. 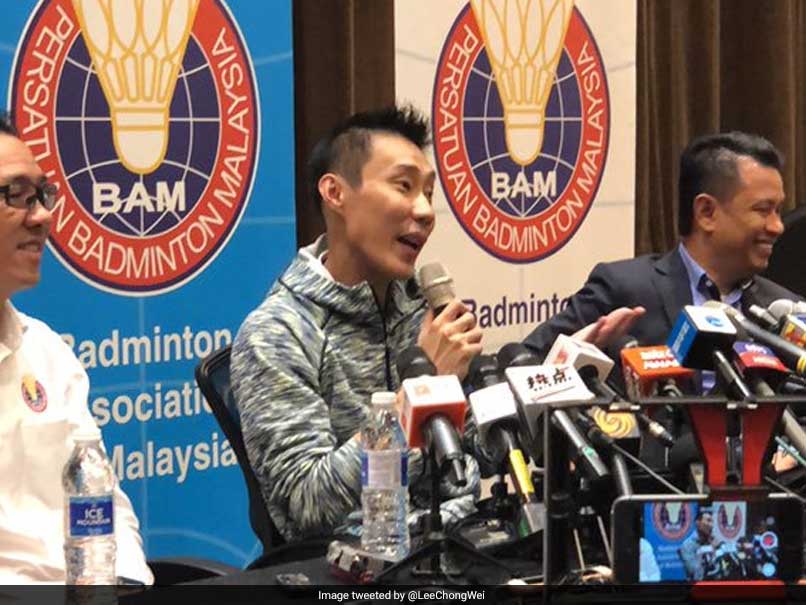 Lee Chong Wei said his comeback was motivated by the prospect of playing a 5th Olympics at Tokyo 2020.© AFP

Malaysian badminton great Lee Chong Wei has revealed how he broke down in tears after learning he had nose cancer -- and detailed the "nightmare" treatment that left him unable to speak or eat. Lee, who is eyeing a return to action next year, told The Star that he was about to leave for a training session when his wife broke the news, after she received a call from a doctor. "She came towards me, hugged me and cried. I knew it was bad news. It's nose cancer, she broke the news," the 36-year-old said, according to the Malaysian newspaper.

"My badminton bag slipped from my grasp and I started to cry too. I slumped on the sofa crying and asked why it had to be me."

The three-time Olympic silver medallist said the cancer was detected following a check-up in July, after he had been unwell.

It wasn't until September that officials revealed he had cancer and was having treatment in Taiwan -- opting for specialists there rather than in China, where he feared his story may be leaked, or Japan or South Korea because of the language barrier.

Lee, the former long-time world number one, said he went through 33 sessions of proton therapy treatment, where beams are aimed at the cancer, calling it "a nightmare".

"By the third week, it has taken a toll on my throat. I could not speak or eat," he said.

"I'm just so glad that the worst is over now."

Lee, now down to 15th in the world rankings, is expected to return to training next month, although he is still waiting for the all-clear from his doctors.

"I really want to go for one more Olympics to make it my fifth consecutive appearance," said Chong Wei.

"No athlete from Malaysia has ever competed five times at the Olympics and I want to create history. It's not an easy feat to make it to five Olympics, that's equivalent to 20 years!"