Lee Chong Wei made his first public appearance since his shock nose cancer diagnosis was announced in September. 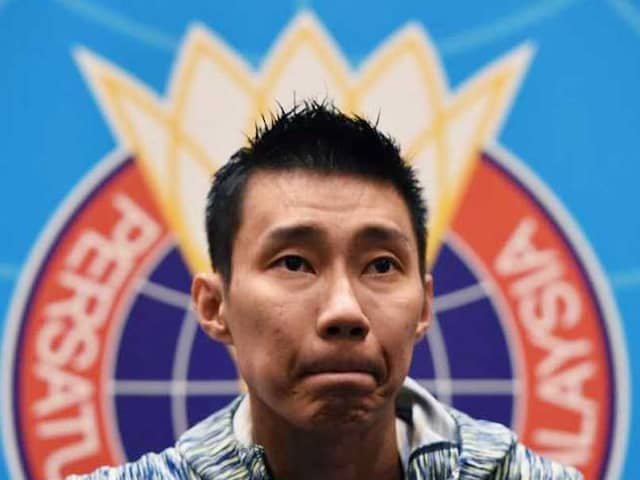 After undergoing successful treatment for nose cancer, badminton star Lee Chong Wei on Thursday announced that he is planning to return to the court soon. The 36-year-old, who was making his first public appearance since September said that his recovery has been on track and is looking to start the training sessions as early as next month. The former world no.1 insisted that he had no intention of retiring and mentioned that he is looking forward to competing at the All England Open scheduled to take in March 2019.

I am slowly but surely recovering, and will continue to train to play in the court once again. Thanks to all the media for coming. Thanks to @BA_Malaysia for their support. And my family for their love & care on my decision to play for my country pic.twitter.com/aTRoBgxKYJ

"I finished all my treatment... and have recovered very well," a cheerful and a healthy-looking Lee said during a press conference in Kuala Lumpur.

Lee, who returned from treatment in Taiwan last month, said it was his "dream" to play in the Tokyo 2020 Olympics, which would be his fifth Summer Games.

"This is my dream. But health is most important," he said, adding: "I just try my very best because I love my country... and I love badminton."

Lee, who enjoys superstar status in Malaysia, was diagnosed with early-stage nose cancer, forcing him to pull out of the Asian Games and world championships.

On the advice of his doctors, he travelled to Taiwan for treatment during which he lost five kilos (11 pounds). He returned to Malaysia a month ago.

"This is a time that is very tough for me," said Lee, who has slipped to eighth in the world rankings.

Nose cancer is perhaps the biggest blow suffered by Lee, who was banned after testing positive for a proscribed anti-inflammatory at the 2014 world championships.

Lee returned to the sport in 2015, after authorities accepted he took the drug inadvertently.