The first day of the Nationals witnessed as many as 250 matches played on 9 different courts. 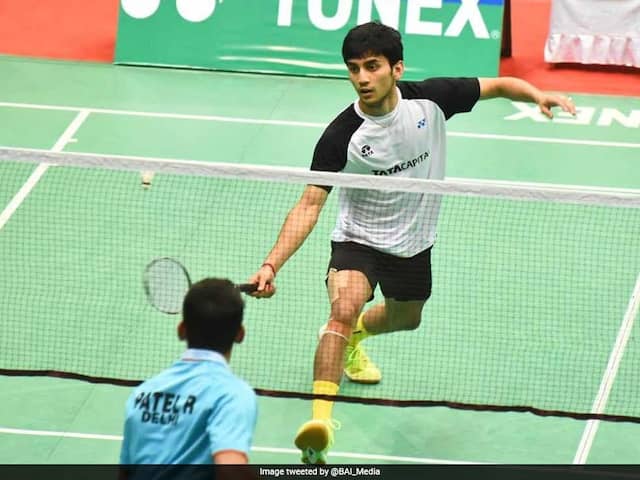 A day after leading the Airports Authority of India (AAI) to their maiden Inter-State Inter-Zonal title, Lakshya Sen carried his impeccable form to make a winning start at the 83rd Senior National Badminton Championships 2018-19 in Guwahati on Tuesday. The Asian junior champion, seeded 14th at India's biggest domestic badminton event, needed 28 minutes to dismiss Rahul Patel 21-13, 21-13 on his way to the third round.

Sen, who will face Vipul Saini next, had reached the semi-finals in the previous edition and is looking to improve on that.

Former two-time champion Sourabh Verma of PSPB also began his campaign on a positive note with a commanding 21-10, 21-8 demolition of V.S. Jayapragasham.

The first day of the Nationals witnessed as many as 250 matches played on 9 different courts. The hosts had a lot to cheer about on Day 1 as five singles shuttlers from the state of Assam won their opening round matches. Iman Sonowal set up a clash with Sourabh Verma after outplaying J&K's Raghav Dogra 21-9, 21-3.

Among other matches, 2018 Ghana International winner Harsheel Dani won a blockbuster battle between two of India's rising stars when he prevailed over former World Junior Championships silver medallist Siril Verma 23-21, 21-17 to reach the third round.

Shlok Ramchandran, who played a brilliant role in guiding the AAI to their Inter-Zonal triumph, hardly faced any hassle in his mixed doubles opener in partnership with Mithula UK. The two teamed up to beat Akshit Mahajan and Anupama Upadhyaya 21-12, 21-19 en route to the third round.

The preliminaries will continue till February 13 and will decide who all get to meet the top eight singles seeds who will begin their challenge directly from the pre-quarters. Similarly, in doubles, the top four teams have been exempted from playing until the quarters.

The seeds will be placed after the Super Draw is conducted on February 14. Saina Nehwal and PV Sindhu will be the top attractions in women's singles. In the absence of defending champion HS Prannoy and former winner Kidambi Srikanth, BWF World Tour Finals semi-finalist Sameer Verma will be the biggest name in men's singles.