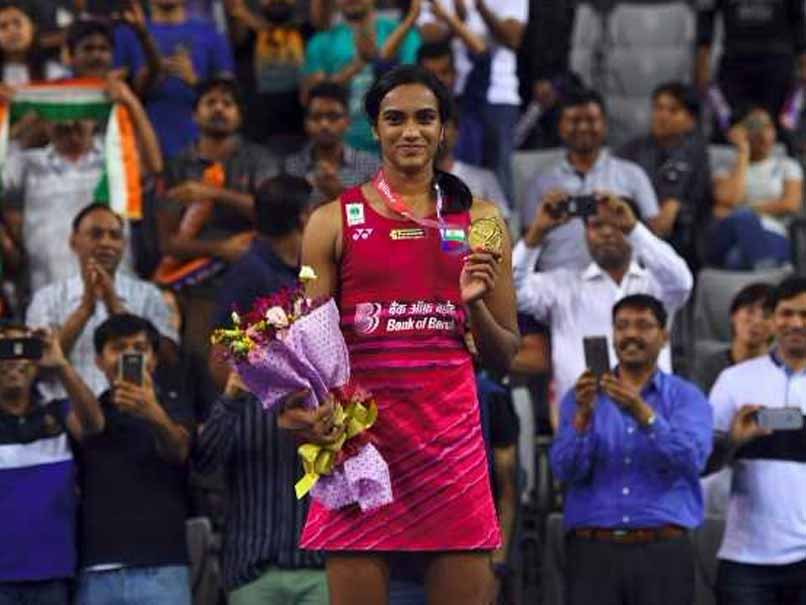 Olympic silver medallist shuttler PV Sindhu beat world champion Nozomi Okuhara of Japan in a thrilling final to clinch the women's singles title at the Korea Open Superseries on Sunday. The 22-year-old Indian saw off eighth seed Okuhara 22-20, 11-21, 20-18 in an energy-sapping contest that lasted an hour and 23 minutes to exact sweet revenge for her heart-wrenching World Championship final loss to the Japanese at Glasgow last month.

Sindhu made history by becoming the first Indian to win the Korea Open. The win, though, didn't come easy as Okuhara fought Sindhu right to the end, never giving away even an inch.

Sindhu saved two game points to win the first game but was completely outclassed in the second as the Japanese came storming back.

The Indian star fought back brilliantly by taking a big lead in the mid-break of the decider and despite a late surge from Okuhara, Sindhu held on to win the crown.

Expectations of an epic battle were raised after Sindhu and Okuhara set up a summit clash for the second time in little over three weeks since they had fought for an hour and 50 minutes in one of the greatest women's singles matches in the World Championships final last month.

1 - Pusarla Venkata Sindhu has become the FIRST EVER INDIAN to win the Korea Open. Revenge.

Today's summit clash also turned out to be another electrifying contest as Sindhu displayed great stubbornness to lay claim to her third superseries title of her career.

World no. 4 Sindhu, who had clinched the 2016 China Super Series Premier and India Open Super Series and Syed Modi Grand Prix Gold this season, thus dashed Okuhara's bid to win her third straight title after winning the Australian Open and the World Championships.

The win also helped Sindhu to level her head-to-head record against Okuhara, making it 4-4 in eight meetings.