Kento Momota has played 73 matches this year, losing just six times, and admits that he has surprised even himself with his blistering form. 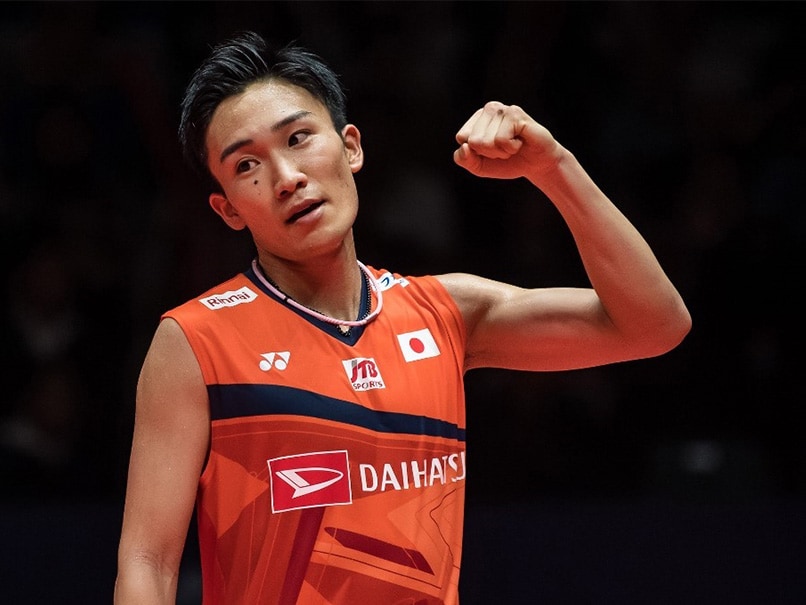 Kento Momota won a record 11 titles in 2019 including the World Championships and All England Open.© AFP

Kento Momota was banned from badminton for gambling in 2016. Fast forward to 2019 and the Japanese has enjoyed one of the most successful years in the sport's history. Kento Momota has cleaned up in men's badmintonover the past 12 months, winning a record 11 titles including the World Championships, Asia Championships and All England Open. The 25-year-old capped his remarkable campaign by fighting back from a game down to defeat Indonesia's Anthony Ginting in Sunday's decider at the BWF World Tour Finals in Guangzhou. No men's badminton player, not even Malaysia's Lee Chong Wei or Chinese great Lin Dan, has won as many tournaments in a season.

The left-handed Momota has played 73 matches this year, losing just six times, and admits that he has surprised even himself with his blistering form.

Malaysia's Lee won 10 titles in 2010, but Momota said: "Although I broke the record of Lee Chong Wei, I don't think I can be compared to him as a player and as a human being.

"I feel like I am not yet a legendary player but I will work hard in order to play well in future tournaments."

There is now only one major individual title missing from the all-action Japanese player's trophy haul -- Olympic gold.

Barring injury, loss of form or more controversy, Momota will be hot favourite to rectify that on home soil in Tokyo next summer.

Winning gold would be particularly satisfying for Momota after Japanese badminton chiefs barred him from the Rio 2016 Olympics for visiting an illegal casino.

He did not watch any of the Olympics because it was too painful.

"I still feel remorse and cannot be sorry enough for what happened," he told the Olympic Channel at the weekend, having been forced out of badminton for more than a year.

"I'd be lying if I said I don't think about the Olympics (next year).

"I troubled a lot of people last time.

"For those who supported me when I wasn't playing, I want to repay them somehow at Tokyo."

Momota was down at 282 in the world rankings in July 2017, but his ascension since his return to the sport has been breathtaking.

He was seventh in the rankings in August last year when he became the first Japanese man to win the singles title at the World Championships.

In August this year, by then the undisputed number one, Momota retained his crown.

It is all a far cry from the days when as a youngster he would follow his sister to her badminton practice.

"Before I knew it, I was also playing," Momota said.

Momota's dominance comes as Lin and Lee, two of the biggest names to grace men's badminton, fade from view.

In June, Lee, now 37, retired after fighting off nose cancer.

His nemesis, the 36-year-old Lin, is desperate to end his career with a tilt at a third Olympic gold but faces a battle to even qualify for Tokyo.

Speaking as a television commentator at the BWF Finals, Pedersen added: "Momota is right up there in every category of the skill sets for men's singles, very few weak areas."

The Olympics are still seven months away but there is already a clamour in Japan for Momota to turn his dominance into home gold next year.

"Gaining momentum for gold in Tokyo!! A clean sweep of big titles in the pre-Olympic year," Sports Nippon declared on Monday in a headline.

"He has become the undisputed king by enhancing his speed on top of his solid defence," the daily added.

Comments
Topics mentioned in this article
Badminton Kento Momota
Get the latest updates on ICC T20 Worldcup 2022 and CWG 2022 check out the Schedule, Live Score and Medals Tally. Like us on Facebook or follow us on Twitter for more sports updates. You can also download the NDTV Cricket app for Android or iOS.