The accident, which happened hours after Kento Momota won the Malaysia Masters, killed the driver of the vehicle taking him to Kuala Lumpur airport. 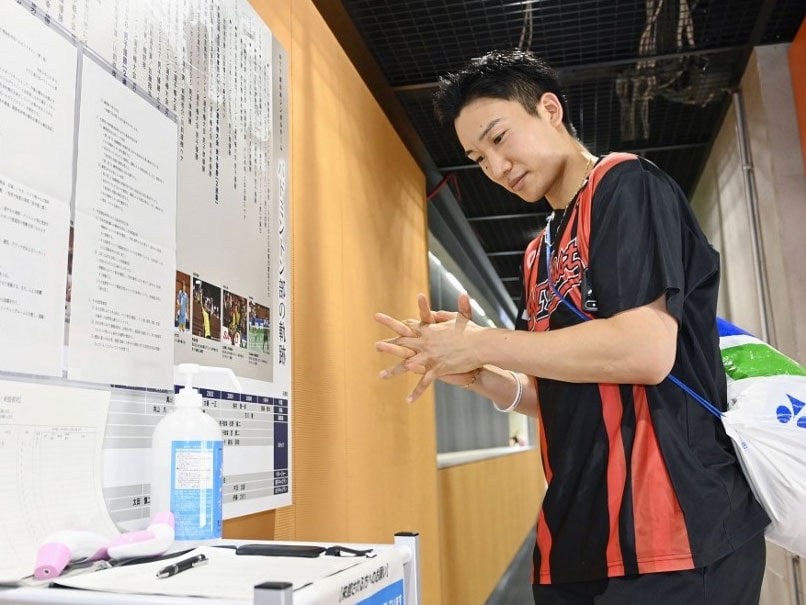 Kento Momota has completely recovered from the eye injury caused by a car accident.© AFP

Japan's badminton king Kento Momota said Friday he had completely recovered from the eye injury caused by a car accident and vowed to bring home Gold at the postponed Tokyo Games. "I can see without any problem while I'm playing," the world number one, who underwent surgery for an eye socket fracture in February after the car crash, told reporters.

The accident, which happened hours after the 25-year-old won the Malaysia Masters, killed the driver of the vehicle taking him to Kuala Lumpur airport.

"I want to do my best every day towards the goal" of winning the Gold Medal at the Tokyo Olympics, he said.

The coronavirus pandemic forced the postponement of the Tokyo 2020 Olympics by one year - unprecedented in peace-time.

The Games are now scheduled to begin on July 23, 2021 - though they will still be known as the 2020 Games - but medical experts have raised concerns the delay is not long enough to contain the virus and hold the event safely.

Momota, who missed the 2016 Rio Olympics after he was suspended for visiting an illegal casino, admitted he was "upset" by the postponement.

"I only had six months after the surgery. I had no time to relax. I was trying to give my all every day (in training)," he said.

"So it was difficult to process the feeling that I still had to do more."

Nevertheless, Momota said he has been training hard to stay positive and focus on victory at the Games.

The car accident and the postponement of the Games "could not be helped," he said.

"I don't want to make excuses, saying I cannot do well because this or that happened."

Coronavirus did affect his training but he said he took the time to analyse his game and work on some weak points.

"I think I can improve my technique. I want to brush up my attacking skills."

In March, Momota said his "spirit was almost broken" after the accident and that the recovery process had been difficult.

He also suffered cuts and heavy bruising after the vehicle he was travelling in collided with a lorry.

Comments
Topics mentioned in this article
Kento Momota Badminton
Get the latest updates on SA vs IND 2021-22, check out the Schedule and Live Score . Like us on Facebook or follow us on Twitter for more sports updates. You can also download the NDTV Cricket app for Android or iOS.