Kidambi Srikanth brushed aside France's Lucas Corvee in 35 minutes. He will now face Indonesia's Tommy Sugiarto in the next round. 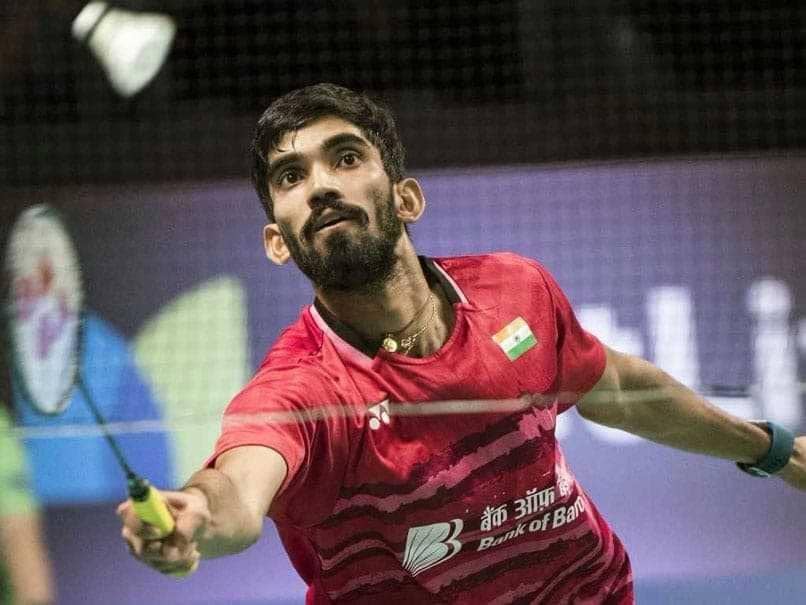 Kidambi Srikanth will next face Indonesia's Tommy Sugiarto in the next round.© File Photo/AFP

Ace Indian shuttler Kidambi Srikanth advanced to the pre-quarterfinals of the China Open World Tour Super 750 tournament while H.S. Prannoy crashed out after a straight-game loss in the opening round in Fuzhou on Wednesday. Fifth seed Srikanth brushed aside France's Lucas Corvee 21-12, 21-16 in a 35 minute affair. He will now face Indonesia's Tommy Sugiarto in the next round.

In an another men's singles opening clash, Prannoy suffered a 11-21, 14-21 loss to Asian Games gold medallist Jonatan Christie of Indonesia.

Last month, world No. 6 Kidambi Srikanth had crashed out of the Denmark Open after losing 16-21, 12-21 against Japan's Kento Momota in the semi-final. As a result of that, 24-year-old Momota had made it to his first ever Denmark Open final. In what proved to be a lop-sided encounter, second-seed Momota took 42 minutes to outplay the seventh-seed Indian shuttler.

Comments
Topics mentioned in this article
Kidambi Srikanth Badminton B. Sai Praneeth HS Prannoy
Get the latest updates on India vs Australia Series, check out the India vs Australia Schedule for 2020-21 and Ind vs Aus live score . Like us on Facebook or follow us on Twitter for more sports updates. You can also download the NDTV Cricket app for Android or iOS.