Sindhu continued her fine form as she brushed aside her Japanese opponent Sayaka Sato 21-13, 21-12 in the Dubai World Superseries Finals 2017 on Thursday. 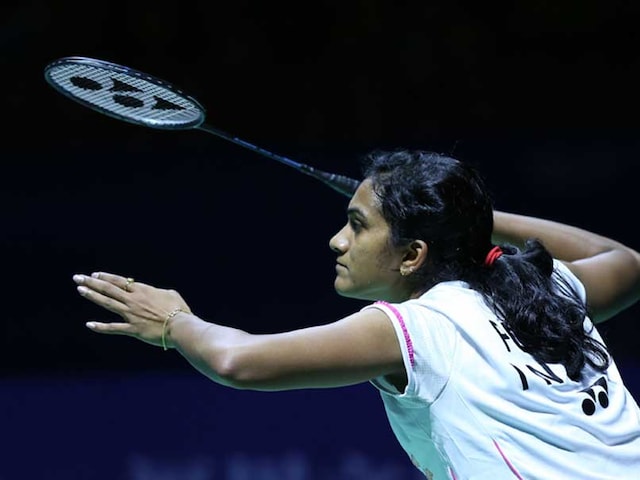 Shuttler PV Sindhu continued her fine form as she brushed aside her Japanese opponent Sayaka Sato 21-13, 21-12 in the Dubai World Superseries Finals 2017 on Thursday. She comfortably beat Sato in straight games of her second group A match. World No. 3 Sindhu took just 36 minutes to outplay Sayaka Sato of Japan. The 22-year-old Indian on Wednesday defeated World No. 9 He Bingjiao of China in her campaign opener. Thus, Sindhu now has two wins from as many matches, same as World No. 2 Japanese Akane Yamaguchi. And both of them have booked a berth each at the knockouts in women's singles. Sindhu and Yamaguchi will clash with each other in their last and final Group A match on Friday. However, it was all over for Srikanth today as he lost to Chinese Taipei's Chou Tien Chen to bow out of the tournament.

Even though he still has a match left in Group B, Srikanth virtually has no chance of making the next stage. Having suffered a defeat to World No. 1 and defending champion Viktor Axelsen in his opening match yesterday, Srikanth failed to improve upon his game and went down 18-21 18-21 against Chinese Taipei's Chou Tien Chen. World No. 7 Chou took 43 minutes to stun the fourth ranked Indian in a Group B men's singles match.

Srikanth will face All England Open finalist Shi Yuqi of China on Friday in his final match of Group B. Shi Yuqi, who had defeated Chou in his opening match, eked out a 13-21 21-18 21-17 win over World No. 1 and defending champion Viktor Axelsen today to top Group B. The in-form Shi Yuqi will be hoping to beat Srikanth also tomorrow, but even if the Indian manage to get the better of the World No. 8 Chinese in straight games, it would not be possible for him to make the cut.

Whoever between Axelsen and Chou wins tomorrow will advance to the knockouts as the second player from Group B after Shi Yuqi. Sindhu, who had defeated World No. 15 Sayaka twice this season, dominated the match from start to finish today.

After breaking away from a 3-3 tie, Sindhu simply surged ahead and continued to extend her lead to win the first game without much ado.

The second game was no different as Sindhu never gave her rival a chance to even pose a threat. The Indian kept on marching ahead, even as the Japanese fell far behind. However, Srikanth failed to bring out his top game again as he lagged behind from the very beginning. Having conceded a 0-5 lead in the opener, Srikanth was always playing the catch up game and eventually lost the first game 18-21.

Although he put up a better performance in the second game, Srikanth could not sustain the momentum till the end. Despite leading 17-14 at one stage, Srikanth allowed his Taiwanese opponent gain three straight points and catch him at 17-17. At 18-18, the Taiwan player reeled off three crucial points to wrap up the match in style.