PV Sindhu will be looking for her first title since her victory at the BWF World Championships in August when she leads the Indian challenge at the Denmark Open. 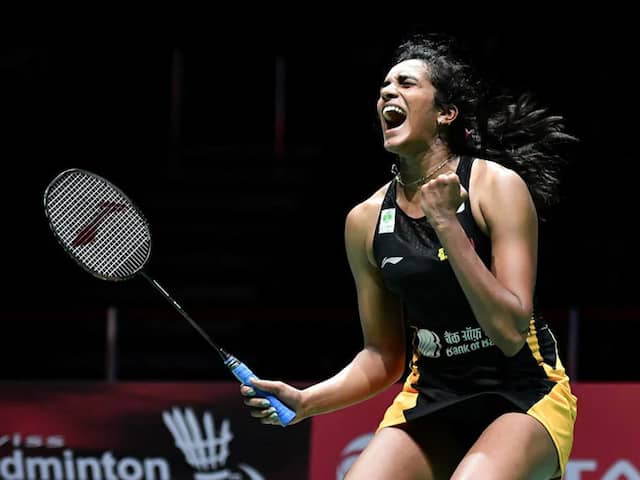 Denmark Open: PV Sindhu will be in action on Tuesday.© AFP

PV Sindhu will be looking for her first title since her victory at the BWF World Championships in August when she leads the Indian challenge at the Denmark Open starting on October 15. Saina Nehwal will be in the fray with Sindhu in the women's singles while World Championships bronze medallist Sai Praneeth, Parupalli Kashyap, HS Prannoy, Kidambi Srikanth and Sameer Verma will also be in the fray. Sindhu has suffered surprising first round and second round exits at the China Open and Korea Open respectively since her historic win at the World Championships. She will start the tournament with a match against Indonesia's Gregoria Mariska Tunjung.

Saina on the other hand will face Japan's Sayaka Takahashi in her first match.

Praneeth, on the other hand, faces a tricky match against Chinese great Lin Dan in his first round encounter. Former Commonwealth Games bronze medallist Kashyap on the other hand will be up against Thailand's Sitthikom Thammasin. Kashyap has been in decent form this year, reaching the semi-finals of the Indian Open and the last four of the Korea Open.

Kidambi Srikanth, a former champion at the Super 750 tournament, will be facing Denmark's Anders Antonsen. Srikanth had skipped the China and Korea opens due to a knee injury and he will be looking to make a good comeback. He had beaten Antonsin at the 2017 World Championships but both players have had contrasting fortunes since.

Srikanth has struggled to emulate the form he showed in 2017 while Antonsen has risen to fourth in the rankings, winning the Indonesia Masters, Barcelona Spain Masters, European Games and made it to the final of the Indonesia Open Super 1000 this year.

HS Prannoy, who is making his return after a bout of dengue, faces eighth seeded Indonesian Anthony Sinisuka Ginting.

In the men's doubles, Satwiksairaj Rankireddy and Chirag Shetty, who had earlier won the Thailand Open, will face Korea's Kim Gi Jung and Lee Yong Dae.

The mixed doubles pair of Pranaav Jerry Chopra and Sikki will open against Germany's Marvin Seidel and Linda Efler, while Satwik and Ashwini will take on second seeds Chinese Wang Yi Lyu and Huang Dong Ping.