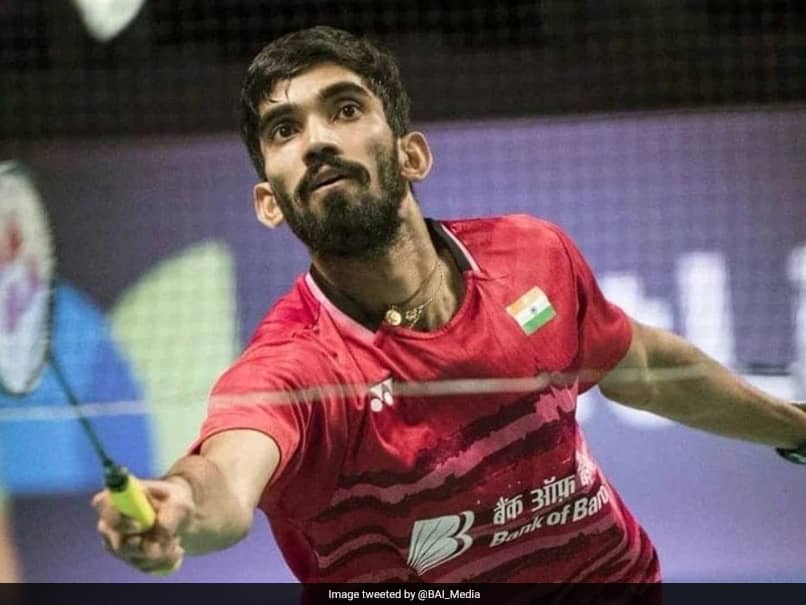 Kidambi Srikanth will face either Subhankar Dey or Jason Anthony Ho-Shue in the next round.© Twitter

India's Kidambi Srikanth dished out a dominating show to outclass England's Toby Penty in straight games, in his opening round match at the Denmark Open, which marked the resumption of international badminton after seven months. The former world number one, who had claimed four superseries titles in 2017, beat Toby 21-12 21-18 in 37 minutes, as the sport finally got going after the long coronavirus-forced hiatus. The fifth seed will face either fellow Indian Subhankar Dey or Canada's Jason Anthony Ho-Shue in the next round.

Lakshya Sen has already reached the second round with a straight-game win over Christo Popov on Tuesday. He will face Hans-Kristian Solberg Vittinghus of Denmark in his next round.

The 19-year-old Indian, who claimed five titles including two Super 100 tournaments last year, produced a clinical performance to outwit Popov 21-9 21-15 to reach the second round.

Denmark Open Super 750 is the only event happening this year as the BWF was forced to cancel multiple tournaments and postpone the Asia leg and the World Tour Final to next year.

Comments
Topics mentioned in this article
Badminton Kidambi Srikanth
Get the latest updates on India vs Australia Series, check out the India vs Australia Schedule for 2020-21 and Ind vs Aus live score . Like us on Facebook or follow us on Twitter for more sports updates. You can also download the NDTV Cricket app for Android or iOS.