Coronavirus: BWF Pushes Back Thomas And Uber Cup Finals Again, To Be Held From October 3-11

The tournament was originally scheduled to be held from May 16-24 but on March 20 was postponed to August 15-23 due to the cornavirus pandemic. 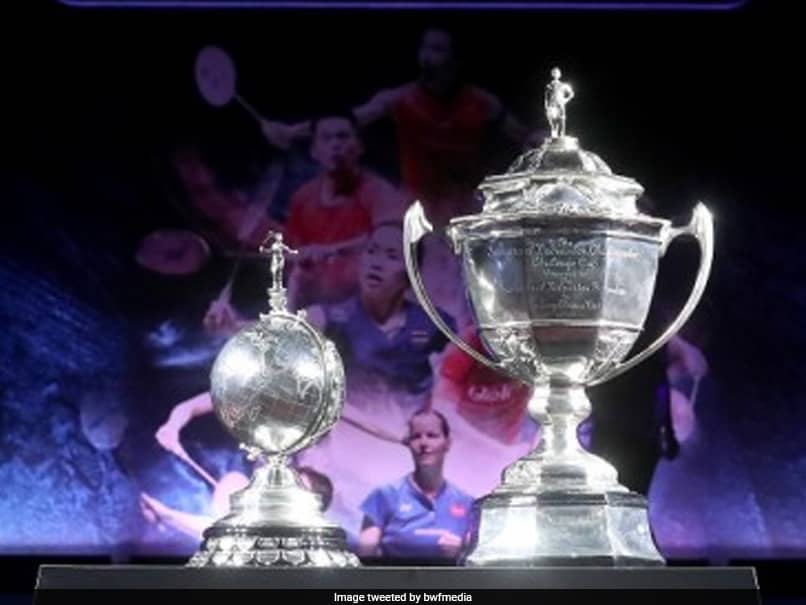 The BWF took the decision after Denmark extended a ban on "larger gatherings" until the end of August.© Twitter

The Thomas and Uber Cup Finals was on Wednesday postponed for the second time due to the COVID-19 pandemic with the Badminton World Federation (BWF) deciding to hold the global showpiece team championships from October 3 to 11 in Aarhus, Denmark. The tournament was originally scheduled to be held from May 16-24 but on March 20 was postponed to August 15-23 due to the worsening global health crisis which has led to the death of more than 2 lakh people so far.

On Wednesday, the BWF postponed the tournament once again saying it's not possible to hold the event before September.

"Following the Danish Government's decision on 6 April to extend a ban on "larger gatherings" in Denmark until the end of August, both parties agreed that it was no longer feasible to stage the championships on the rescheduled dates of 15-23 August," the BWF said in a statement.

"BWF in consultation and consensus with Badminton Denmark, tournament organisers, Sport Event Denmark and the local Aarhus government concluded that a move to October was the best solution."

BWF Secretary General Thomas Lund said: "Our main priority is the health, safety and wellbeing of athletes, staff, volunteers, judges and the entire badminton community. We listened to the advice of the World Health Organisation (WHO), various health experts, local authorities and the Danish Government and it became clear that hosting a big event like the TOTAL BWF Thomas and Uber Cup Finals before September would be difficult."

"We are confident that we can stage a safe and successful championships on the new dates of 3-11 October while all the time monitoring the situation closely should things change again."

Badminton Denmark CEO Bo Jensen added: "It is sad for us to change the dates again. However, our immediate concern is with the safety of all involved in this very uncertain time."

"It's still an achievement for us to be the first country outside of Asia to host the TOTAL BWF Thomas and Uber Cup Finals and we are looking forward to welcoming fans, players, volunteers, officials and staff in the safest way possible."

The BWF said possible solutions are being worked for its Annual General Meeting and Members' Forum.

Both events are key highlights on the BWF calendar and were due to take place in Aarhus during the week of the TOTAL BWF Thomas and Uber Cup Finals 2020.

The BWF had cancelled or suspended several tournaments post the All England Championships (March 11-15) due to the pandemic.