This was the third time that HS Prannoy defeated Lin Dan. He had outclassed the Chinese in the Indonesia Open in 2018 and French Open in 2015. 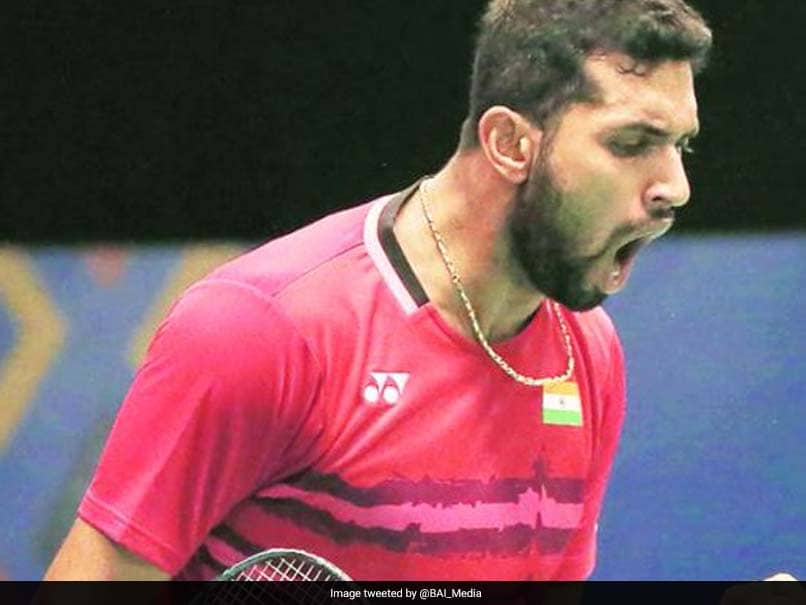 HS Prannoy had defeated Finland's Eetu Heino in the preliminary round.© Twitter

Prannoy got off to a great start and was leading the first round 21-11. Thereafter, Lin Dan made a solid comeback and ended the second game with a 21-12 tally. The decider was dominated by Prannoy against the two-time Olympic champion and he clinched it 21-7 to reach the third round. Notably, this was the third time that Prannoy defeated Lin Dan. He had outclassed the Chinese in Indonesia Open in 2018 and French Open in 2015.

Praneeth was tremendous in the first game with his quality strokes and took a 21-16 lead in the opening game. The second game saw some errors from Praneeth, gifting some points to Lee Dong Keun. Praneeth, however, came back strong to close up the second game 21-15 in impressive fashion.

Praneeth had earlier outshined Dong Keun in Australian Open in 2019 and Singapore Open in 2017. He also suffered defeats by him two times in Japan Open in 2017 and 2015.

Earlier on Monday, Kidambi Srikanth, Prannoy and Sai Praneeth won their respective matches in the preliminary round of the World Championships to advance to the second round.

Comments
Topics mentioned in this article
HS Prannoy Badminton
Get the latest updates on India vs England Series, India vs England , live score and IPL 2021 Auction . Like us on Facebook or follow us on Twitter for more sports updates. You can also download the NDTV Cricket app for Android or iOS.