BWF Badminton World Championships: Saina Nehwal Knocked Out After Being Outplayed By Carolina Marin In Quarters 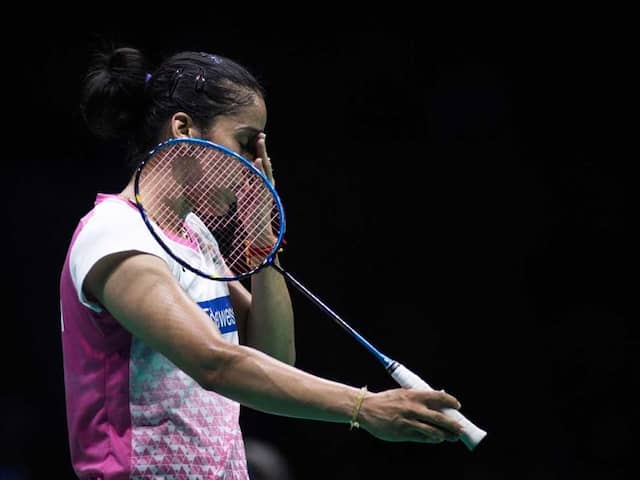 Carolina Marin dominated the quarter-finals from the onset to thrash Saina Nehwal.© AFP

Carolina Marin dominated the quarter-finals from the onset to thrash Saina Nehwal 21-6, 21-11 in 31 minutes at the BWF Badminton World Championships 2018 and book a spot in the women's singles semi-final. The superior seeded Spaniard looked in fine form as she gave no chance to the 10th seeded Indian to impose her game. In the opening game, Marin accumulated quick points to quickly race to the mid-game interval with a massive 11-2. Saina, on the other hand, looked out of touch and failed to get better of her counter-part. The Indian also made repeated unforced errors, which helped Marin close the game at 21-6 in 12 minutes without breaking a sweat. In the second game, Saina opened the scoring but fell behind Marin, who mixed her shots well to keep the Indian under continuous pressure.

The Spaniard played an all-out attack game, mixing up her smashes and touches well to take a 11-8 lead at the mid-game interval. From there on, it was no looking back for the seventh seed, who gave nothing away to her Indian counterpart and eased through to close the game 21-11 in 19 minutes.

Earlier, Saina advanced to the quarter-finals for the eighth successive time. She became the first woman to do so in the history of the sport.

Saina began her campaign at the World Championships defeating Aliye Demirbag from Turkey 21-7, 21-8 in 38 minutes. She later overcame fourth seeded Thailand star Ratchanok Intanon 21-16, 21-19 in 47 minutes to reach the quarters.

PV Sindhu and Sai Praneeth are the only other Indians left in the tournament. While Sindhu faces a familiar foe in Nozomi Okuhara in the women's singles quarter-finals, Praneeth takes on Japan's Kento Momota in the men's singles last eight.

Comments
Topics mentioned in this article
Saina Nehwal Carolina Marin Badminton
Get the latest Cricket news, check out the India cricket schedule, Cricket live score . Like us on Facebook or follow us on Twitter for more sports updates. You can also download the NDTV Cricket app for Android or iOS.