PV Sindhu consistently has been the only bright spot in India's mediocre showing. 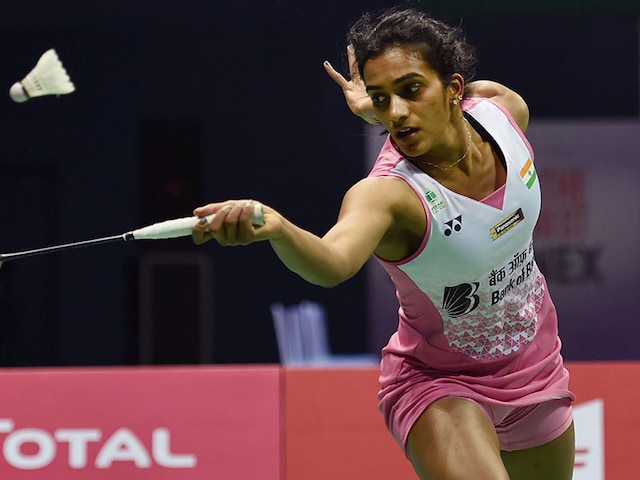 The Indian women's team's campaign came to an end with a 1-3 loss on Friday to Indonesia in the Badminton Asia Team Championship in Alor Setar, Malaysia, on Friday. The PV Sindhu-led women's contingent went into the quarter-finals without the services of singles player G Ruthvika Shivani, who is out due to a back injury and was replaced by Rutuparna Panda. Sindhu once again gave India a flying start in the singles tie as she beat Fitriani Fitriani 21-13, 24-22 in a match that lasted 48 minutes. However, things did not pan out as India would have wanted as they lost the next three matches in straight games to bow out of the competition.

In the second game, the doubles team of Ashwini Ponnappa and Sikki Reddy went down to World No 7 Greysia Polii and Apriyani Rahayu 5-21, 16-21. The match that lasted just 29 minutes saw the Indian doubles pair give away the first game without any fight.

While Ponnappa and Reddy fought hard in the second game, Polii and Rahayu overcame the Indian challenge with much ease.

In the third match, Sri Krishna Priya Kudaravalli lost to Hanna Ramadini in a one-sided contest. The match which lasted for 32 minutes witnessed the Indian losing 8-21, 15-21.

Trailing the tie 1-2, the onus was on the doubles pair of Sanyogita Ghorpade and Sindhu. The Indian hopes were dashed as Indonesia's Anggia Shitta Awanda and Ni Ketut Mahadewi Istarani beat the former 21-9, 21-18 in just 32 minutes.

India, despite the loss, can still qualify for the Uber Cup, which is slated to be held in May later this year. The qualification will be based on the team's world ranking which will be decided after all the continental events are completed.