PV Sindhu failed to get across 2015 World Championships bronze medallist Sung Ji, an opponent she has played 11 times, winning seven of those encounters. 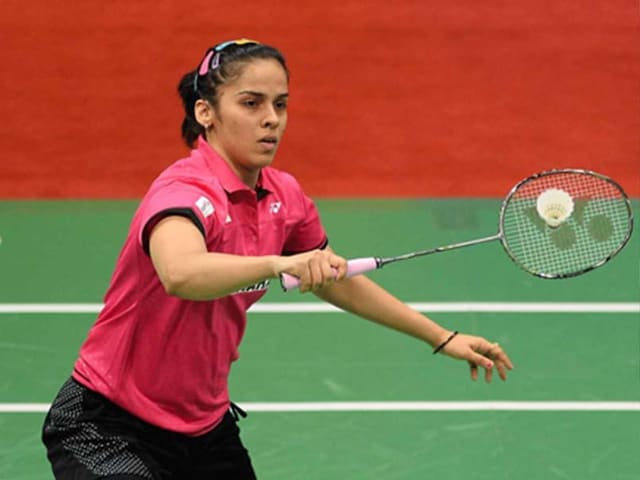 Two-time Commonwealth Games gold medallist Saina Nehwal and world no 10 HS Prannoy progressed to the semifinals of the women's and men's singles competition at the Asia Badminton Championship on Friday. Former world No 1 Saina showed her class as she beat unseeded Korean Lee Jang Mi 21-15 21-13 in a 43-minute clash. She will face world no 1 Tai Tzu Ying of Chinese Taipei next. "I am pleased with my game. Right now my confidence is at a high and I hope to go beyond the semis," said London Olympics bronze medallist Saina.

Prannoy, who had missed out of a medal at the Commonwealth Games, dug deep into his reservoir to eke out a hard-fought 18-21 23-21 21-12 win over second seeded Korean Son Wan Ho in a match that lasted an hour and 12 minutes. He will face Olympic champion and third seed Chen Long next.

While Sindhu, who had won a silver at the recent Commonwealth Games, lost 19-21 10-21 to seventh seeded Korean Sung Ji Hyun, Srikanth was too erratic and went down 12-21 15-21 to legendary Malaysian Lee Chong Wei, who showed he is not on the wane despite his spate of recent losses.

Brimming with confidence after winning the gold medal at the Gold Coast, in-form Saina showed great temperment as she bounced back from 3-8 and 9-13 deficits respectively, to first turn the tables at 14-13 and then walked away with the opening game.

The world no 15 Korean simply failed to put up a fight in the second game as Saina stamped her authority with a 8-1 lead.

Lee Jang reduced the gap to 8-12 but the Indian quickly made upward movements to seal the contest without much ado.

Sindhu, meanwhile, failed to get across 2015 World Championships bronze medallist Sung Ji, an opponent she has played 11 times, winning seven of those encounters.

The 22-year-old Indian, who had recovered from an ankle sprain midway through the Commonwealth Games, squandered a 16-12 advantage to allow Sung Ji pocket the opening game.

Sindhu simply wasn't good enough in the second game as the Korean jumped to a 5-1 lead and kept her nose ahead at 11-9 during the interval. The world no 9 reeled off seven straight points to double her lead and soon shut the doors on the Indian.

A lot was expected from Srikanth after his win over Chong Wei en route to India's maiden gold in mixed team event at CWG but the Malaysian today came out with all cylinders blazing, moving to a massive 13-4 lead in the opening game and closing the opening game without breaking a sweat.

Chong Wei, who had defeated Srikanth for the individual gold at Gold Coast, kept his distance from the Indian in the second game as well after moving to a 10-8 lead. Despite Srikanth's best efforts, Chong Wei walked away with the game and the match.

"This is my worst performance in an international tournament," said a disappointed Srikanth after the loss.

"I was never in the game and simply gave him (Chong Wei) many opportunities to get points. I wanted an error free game but it turned out to be otherwise."

Comments
Topics mentioned in this article
Saina Nehwal PV Sindhu HS Prannoy Kidambi Srikanth Badminton
Get the latest Cricket news, check out the India cricket schedule, Cricket live score . Like us on Facebook or follow us on Twitter for more sports updates. You can also download the NDTV Cricket app for Android or iOS.