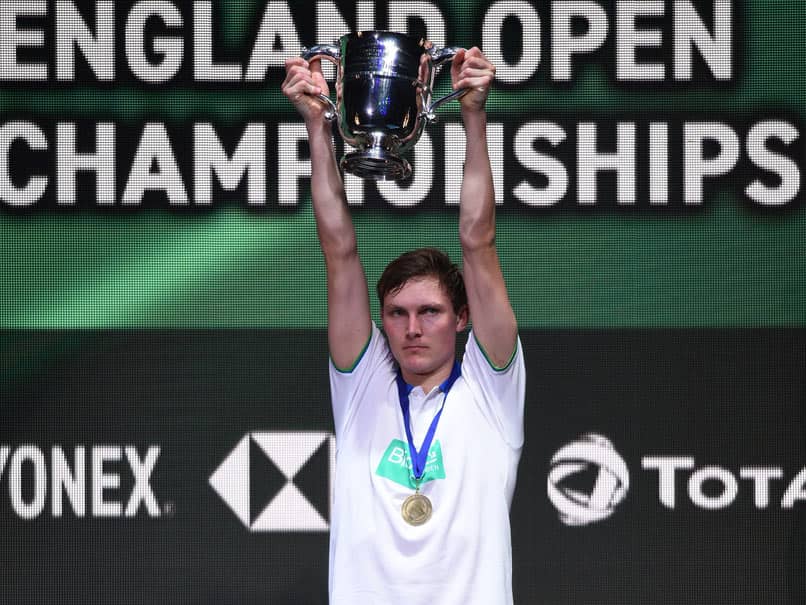 Taiwan's Tai Tzu-ying beat Chinese world number one Chen Yufei 21-19, 21-15 to win the All England badminton Championship for the third time on Sunday. Tai, seeded second, was on a revenge mission in Birmingham after losing last year's final against Chen. The 25-year-old's previous All England titles came in 2017 and 2018 and she clinched a third in impressive style. "I'm very excited to have won the Yonex All England," Tai said. "I've very familiar with playing against Chen as I've played against her so many times.

"I put her under pressure today, and I'm very happy that I was able to control the rallies well. I really like to play this tournament."

Axelsen lost to Kento Momota in the final last year, but the world number seven was at his powerful best to make amends.

And 26-year-old Axelsen said it was a day he would never forget.

"This means a lot to me. It is a big dream come true and it's up there with all my biggest achievements in my career so far," he said after his maiden tournament win in a Super 1000 event.

"Obviously right now I'm both happy and really emotional. It's just crazy. It's a day I'll remember for the rest of my life."

Pre-tournament favourite Chou admitted he was below his best.

"I tried to put in a better performance but I wasn't able to control the rallies as well as Viktor was able to," he said.

Comments
Topics mentioned in this article
Viktor Axelsen Badminton
Get the latest updates on IPL 2021, IPL Points Table , IPL Schedule 2021 , live score . Like us on Facebook or follow us on Twitter for more sports updates. You can also download the NDTV Cricket app for Android or iOS.