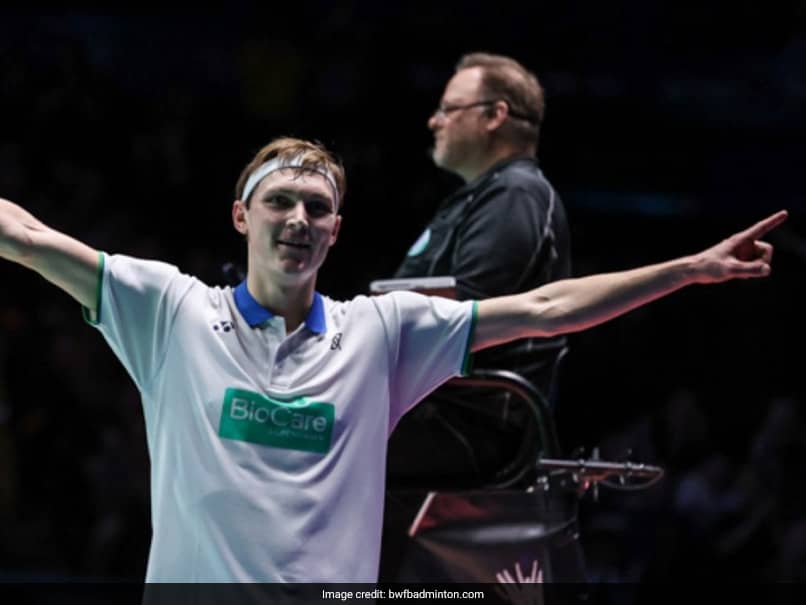 Taiwan's Chou Tien-chen and Denmark's Viktor Axelsen will meet in the final of the All England Championships after taking contrasting routes through their last-four matches on Saturday. World number seven Axelsen had to hit back to beat Malaysian world number 13 Lee Zii Jia 17-21, 21-13, 21-19 in Birmingham. Chou had an easier ride as his opponent, Denmark's Anders Antonsen, retired while trailing 17-14 in the first game. Axelsen is bidding to avenge last year's final defeat against Kento Momota as he looks to build on his recent success at the Barcelona Masters and Indonesia Open.

"It was a really tough match. Lee made it really tough for me but I just tried to stay in there and do my best," Axelsen said.

"I managed to keep calm through to the end of the third game, but luck was also on my side as it could have gone either way."

The 21-15, 21-23, 21-11 victory booked a showdown with Thailand's Dechapol Puavaranukroh and Sapsiree Taerattanachai for the title.

Comments
Topics mentioned in this article
Viktor Axelsen Badminton
Get the latest updates on IPL 2020, check out the IPL Schedule for 2020 and Indian Premier League (IPL) Cricket live score . Like us on Facebook or follow us on Twitter for more sports updates. You can also download the NDTV Cricket app for Android or iOS.