Sloane Stephens retired after dropping her first set in her singles clash with the Czech Republic's Petra Kvitova. 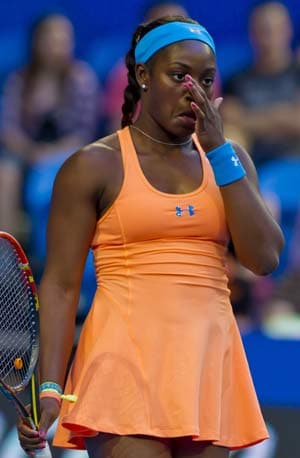 The 20-year-old American, ranked 12th in the world, retired after dropping her first set in her singles clash with the Czech Republic's Petra Kvitova.

Kvitova took the first set 6-3 and Stephens then retired, citing a problem with her left wrist.

The injury is a significant setback for Stephens less than two weeks out from the Australian Open, the first Grand Slam of the year and the event at which she announced herself on the world stage last year.

Stephens reached the semi-finals at last year's Australian Open, beating countrywoman Serena Williams in the quarter-finals before bowing out to Victoria Azarenka.