Nadia Petrova out of Australian Open after mother's death

Nadia Petrova's mother - Nadezhda Ilyina - died in a car accident in the Moscow region on December 7. 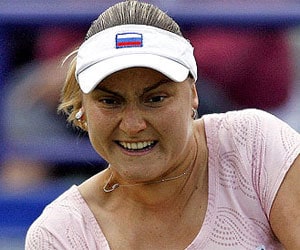 Russian tennis star Nadia Petrova has pulled out of January's Australian Open following the death in a car accident of her mother, herself an Olympic athletics bronze medallist.

Also out of the season-opening Grand Slam in Melbourne is another top Russian player, Maria Kirilenko, who is injured.

The withdrawal of both players was reported by Russian media and confirmed on the official Twitter account of the Australian Open.

Petrova's mother - Nadezhda Ilyina - died in a car accident in the Moscow region on December 7. A successful 400 metre runner, she won a bronze in the 4x400 relay in the 1976 Olympics in Montreal.

She had also held the USSR record in both the 400 metres and the 4x400 metres relay as well as the world record for 400 metres indoors.

"Our condolences to Nadia Petrova who's withdrawn from Ausopen following the tragic loss of her mother," the Australian Open organisers said.

Comments
Topics mentioned in this article
Australian Open 2014 Tennis
Get the latest updates on ICC T20 Worldcup 2022 and CWG 2022 check out the Schedule, Live Score and Medals Tally. Like us on Facebook or follow us on Twitter for more sports updates. You can also download the NDTV Cricket app for Android or iOS.