Australia all-rounder Marcus Stoinis said that India skipper Virat Kohli will be "extra motivated" for a truncated tour Down Under as the batsman is always up to give his "110 per cent" in every game he plays. 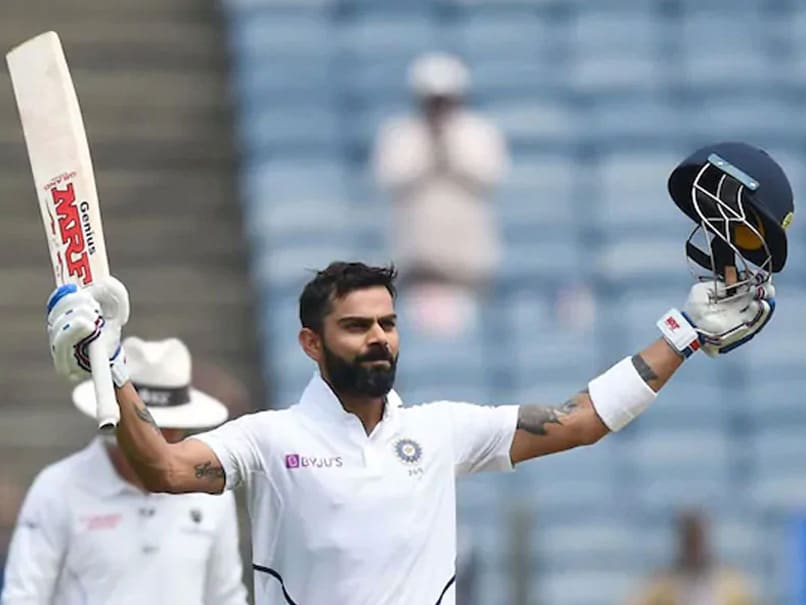 Virat Kohli will return to India on a paternity leave after the 1st Test in Australia.© AFP

Australia all-rounder Marcus Stoinissaid that India skipper Virat Kohli will be "extra motivated" for a truncated tour Down Under as the batsman is always up to give his "110 per cent" in every game he plays. Kohli will return after the first Testin Adelaide after the BCCI granted him paternity leave. India and Australia will first lock horns against each other in ODIs and T20Is and then both sides will shift their attention to the longest format of the game. "Don't worry about Virat, he's up for every single game that he's playing. Yeah, maybe there will be extra motivation, but I don't think there's any extra motivation than 110%. So let's see. I am sure he will be ready to go. He is getting home for the birth of his kid, which is the right decision in my opinion. So I am sure he will be extra motivated," ESPNcricinfo quoted Stoinis as saying.

According to the all-rounder, the hosts are all set with their strategies to take on the Indian team.

"We've definitely got our strategies, we've had things that have worked in the past, and at other times the same plans haven't worked and he's made some runs. Obviously, he is a great player, and to all these good players, you do what you want to do, you have your plans, and on the day, you get extra competitive and you hope it all falls in your side of the court," Stoinis said.

Stoinis is heading to the ODI series at the back of his performance which led his side Delhi Capitals to the Indian Premier League final. He played 17 games and scored 352 runs at a strike rate of 148.52 and also made an impact with the ball by scalping 13 wickets.

"I will hopefully continue to bring that form into the summer, but there's nothing really too different (that I have been doing). The break was great -- as bad as it was with Covid -- it was nice to come back quite fresh into all these competitions. I feel like I was going well in England before leading in as well, so hopefully, the results keep coming my way," he said.

"But it also helped that we had a good team, we had a great team; I was very fortunate to be in the same team as Ricky Ponting, who was our coach," Stoinis added.

The first ODI of the three-match series will be played at Sydney Cricket Ground on November 27.

Marcus Stoinis Australia vs India 2020-21 Cricket
Get the latest updates on IPL Auction 2023 and check out  IPL 2023 and Live Cricket Score. Like us on Facebook or follow us on Twitter for more sports updates. You can also download the NDTV Cricket app for Android or iOS.