Virat Kohli Sweats It Out In Gym Ahead Of Australia Tour. See Pictures

Virat Kohli is in Sydney with the rest of the Indian squad for the upcoming tour of Australia. 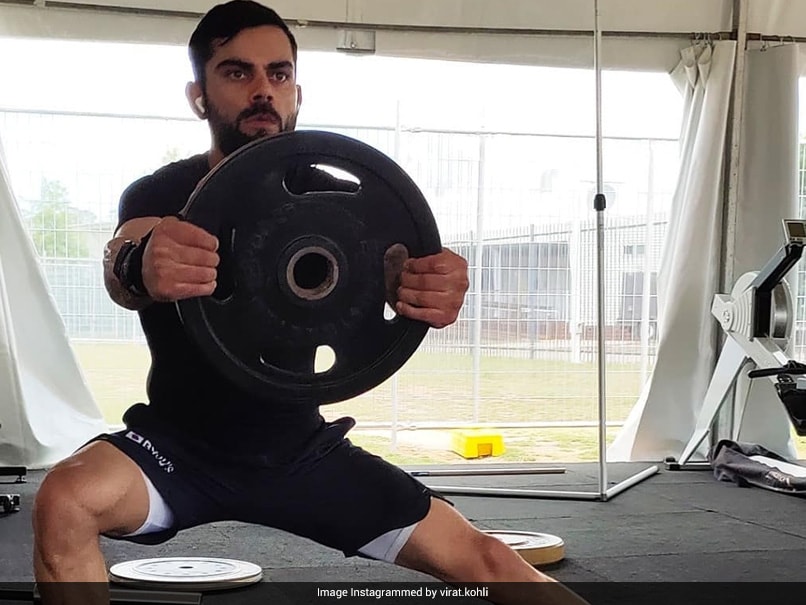 With India's tour of Australia set to begin on November 27, Virat Kohli took to social media to show fans that he is geared up for the upcoming fixtures. In a series of photos posted on Instagram, the Indian captain can be seen training on a treadmill and it has been captioned as, "Fuel Up". In the other photos, he can be seen doing other fitness training methods, with weights. The tour will begin with a three-match ODI series, followed by the same number of T20Is, and then a four-match Test series. Kohli will be leaving for India after the first Test match, due to a paternity leave granted by BCCI. He and his wife Anushka Sharma are expecting their first child in January 2021.

He was recently in United Arab Emirates (UAE) for the Indian Premier League (IPL) 2020 season. He captained Royal Challengers Bangalore (RCB) to a fourth-placed finish in the league table, and then they lost to SunRisers Hyderabad (SRH) in the Eliminator.

Kohli had a bad start to his campaign, but soon found his footing, scoring a total of 466 runs from 15 matches, at a strike rate of 121.35. He also slammed three half-centuries, and his boundary count consisted of 23 fours, 11 sixes.

India's first ODI vs Australia is on November 27. The first T20I takes place on December 4, and the four-match Test series will start on December 17. The visitors are currently training in their bio-secure bubble in Sydney.

Currently second in the ICC Test Batting Rankings behind Steve Smith, Kohli will be aiming to put in a strong performance in Adelaide in the first Test.