India vs Australia, 3rd Test: Will Pucovski rode his luck and Marnus Labuschagne showed resolve as the duo hit half-centuries to put Australia in a dominating position. 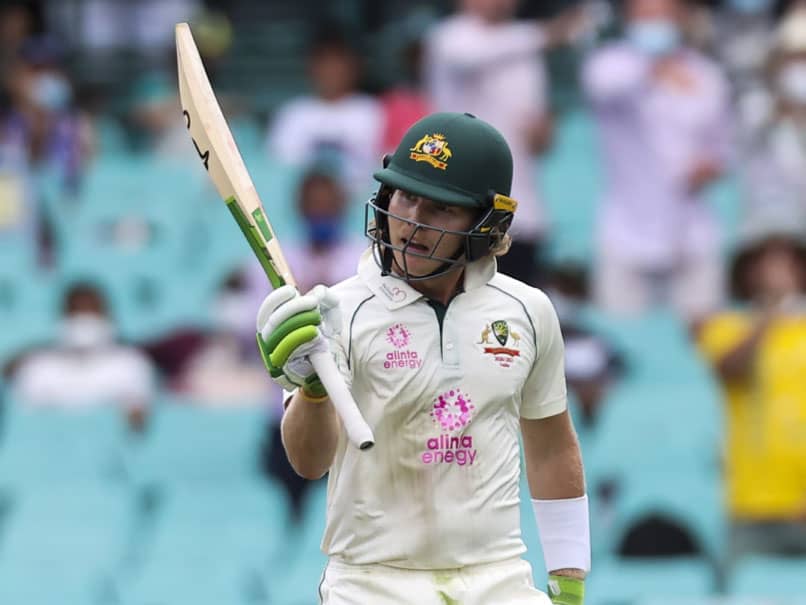 Former Australia skipper Ricky Ponting on Thursday lauded debutant Will Pucovski's 62-run knock against India in the third Test, and said the opening batsman shows ''promising sign and rapt'' for the longest format. Taking to Twitter Ponting wrote, "Very impressed with Will Pucovski's innings today. To look the part at Test level on debut is a promising sign and rapt for him to breakthrough after the setbacks he's had along the way. #AUSvIND." Pucovski rode his luck and Marnus Labuschagne showed resolve as the duo hit half-centuries to put Australia in a dominating position, in a rain-curtailed opening day at the Sydney Cricket Ground (SCG).

Very impressed with Will Pucovski's innings today. To look the part at Test level on debut is a promising sign and rapt for him to break through after the setbacks he's had along the way. #AUSvIND

At stumps, Australia's score read 166/2 in 55 overs with Labuschagne and Smith unbeaten on 67 and 31 runs respectively. On a day when the Indian bowlers had to toil hard -- for the first time in the Test series -- 35 overs were lost due to rain.

Mohammed Siraj, playing in his second Test, struck in the fourth over to hand India an early breakthrough as opener David Warner -- returning after missing two Tests due to groin injury - walked back after scoring just five runs.

The first session saw just 7.1 overs being bowled and the persistent drizzle brought about an early call for lunch as the hosts' score read 21/1. In the second session, 23.5 overs were bowled and the hosts added 86 runs to their score. While Pucovski did bring up a fifty on debut, he did get a few chances to help prolong his stay in the middle. In the 21st over of the innings, wicket-keeper Rishabh Pant dropped a regulation chance off the bowling of Ashwin and India lost an opportunity to put the hosts in a spot of bother.

The misery for Pant did not end there, as he dropped another catch off the bowling of Mohammad Siraj, and as a result, Pucovski got his second reprieve of the day. The opener kept riding his luck and after a couple of catching chances, he looked ready to get run out after a miscommunication with Labuschagne. But a poor throw from Jasprit Bumrah saved him again.

With rain and a wet outfield playing spoilsport in the second session as well, almost two hours were lost. It finally took a full delivery from debutant Navdeep Saini in the final session to remove Pucovski (62).

The opener's dismissal saw Smith join Labuschagne in the middle and the duo played confidently and helped the side cross the 150-run mark. Smith and Labuschagne added 60 runs for the third wicket before the umpires decided to remove the bails and end the day's proceedings.

India Cricket Team Will Pucovski Ricky Ponting Cricket
Get the latest updates on IPL 2021, IPL Points Table , IPL Schedule 2021 , live score . Like us on Facebook or follow us on Twitter for more sports updates. You can also download the NDTV Cricket app for Android or iOS.