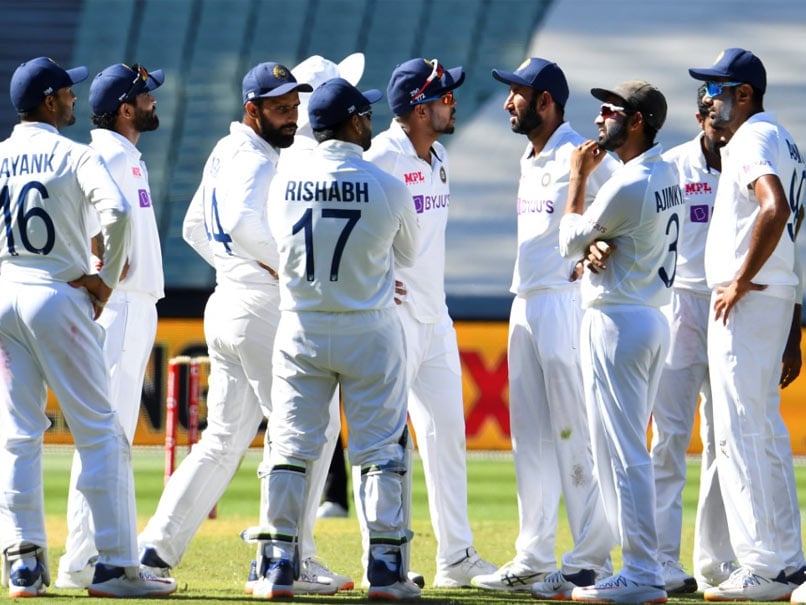 All members of the Indian team have tested negative for coronavirus.© AFP

All members of the Indian cricket team, including the isolated five, and support staff have test negative for coronavirus after undergoing a RT-PCR test on Sunday. Amid an investigation into a potential biosecurity protocols breach after five India players -- Rohit Sharma, Prithvi Shaw, Rishabh Pant, Shubman Gill and Navdeep Saini -- had gone to a restaurant in Melbourne, the news of all the members testing negative will come as a big relief. "Playing members of the Indian Cricket Team and support staff underwent an RT-PCR Test for Covid-19 on January 3, 2021. All tests have returned negative results," the BCCI said.

India vice-captain Rohit, Shaw, Pant, Gill, and Saini made headlines after a fan, in a series of tweets, showed them eating indoors at a restaurant in Melbourne on New Year's day.

The fan claimed to have paid the bill of the Indian players at the restaurant also adding that he had hugged Pant.

However, he put out a clarification tweet the next day, saying, "Pant never hugged me it was all said in excitement we maintained social distance all thru Apologies for miscommunication."

The third Test of the Australia vs India four-match series is scheduled to start on January 7 at the Sydney Cricket Ground (SCG).

The series is currently tied at 1-1 with India bouncing back from their defeat in Adelaide by outclassing the hosts in Melbourne.

Stand-in captain Ajinkya Rahane gave a brilliant account of himself in the absence of Virat Kohli. Not only was he praised for his fielding and bowling changes but also led from the front, scoring a gritty century.

Australia Cricket Team Australia vs India 2020-21 Cricket
Get the latest updates on ICC Women's Cricket World Cup 2022 and IPL 2022, check out the Schedule , Live Score and IPL Points Table. Like us on Facebook or follow us on Twitter for more sports updates. You can also download the NDTV Cricket app for Android or iOS.