Ravi Shastri hailed "find of the tour" Mohammed Siraj for leading an inexperienced bowling attack in the recent Test series against Australia. 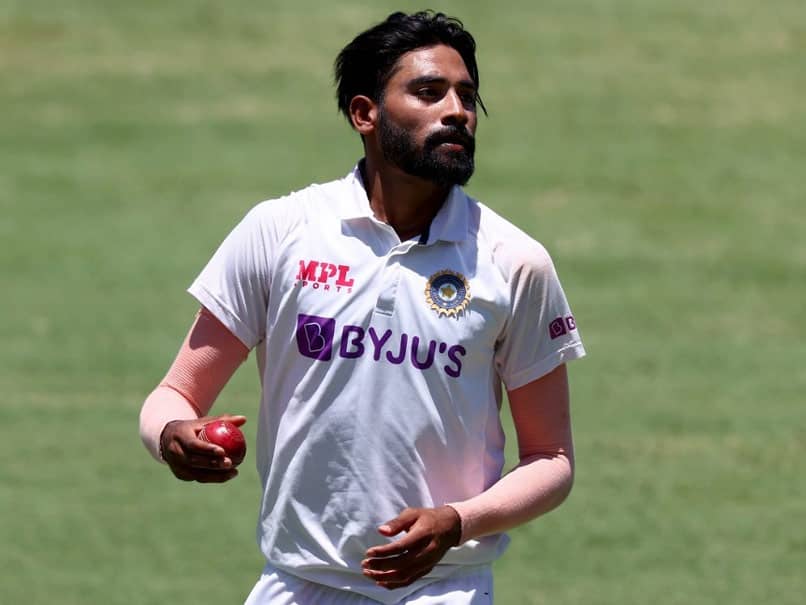 India head coach Ravi Shastri took to Twitter on Friday to appreciate Mohammed Siraj for battling through personal loss and racial remarks in the recent Test series against Australia. Siraj lost his father in November 2020 and then in his second Test match, the pacer was subjected to racial remarks from a section of Sydney crowd. "Find of the tour for shoring up the bowling attack the way he did - Mohd Siraj. He fought through personal loss, racial remarks and channelised them to find home in the team huddle," Shastri captioned a picture of himself with Siraj.

Find of the tour for shoring up the bowling attack the way he did - Mohd Siraj. He fought through personal loss, racial remarks and channelised them to find home in the team huddle pic.twitter.com/qkzpXgqQiX

On Thursday, Siraj had revealed that during the SCG Test when he complained about receiving racial abuse from Sydney crowd, on-field umpires had offered Team India to walk off the field.

Siraj was the most successful Indian bowler in the recently concluded Test series in Australia. He picked up 13 wickets in three matches at an average of 29.54.

In the fourth Test in Brisbane, Siraj led a young Indian bowling attack from the front as he picked up his maiden five-wicket haul in the longest format of the game.

Siraj returned with match figures of seven for 150 as India beat Australia by three wickets at the Gabba to help the visitors seal the four-match series, 2-1.

Australia Cricket Team Ravi Shastri Mohammed Siraj Australia vs India 2020-21 Cricket
Get the latest updates on India vs England Series, India vs England , live score and IPL 2021 Auction . Like us on Facebook or follow us on Twitter for more sports updates. You can also download the NDTV Cricket app for Android or iOS.