Hardik Pandya played a match-winning knock of 42* off 22 balls, in India's six-wicket win over Australia in the second T20I at Sydney Cricket Ground. 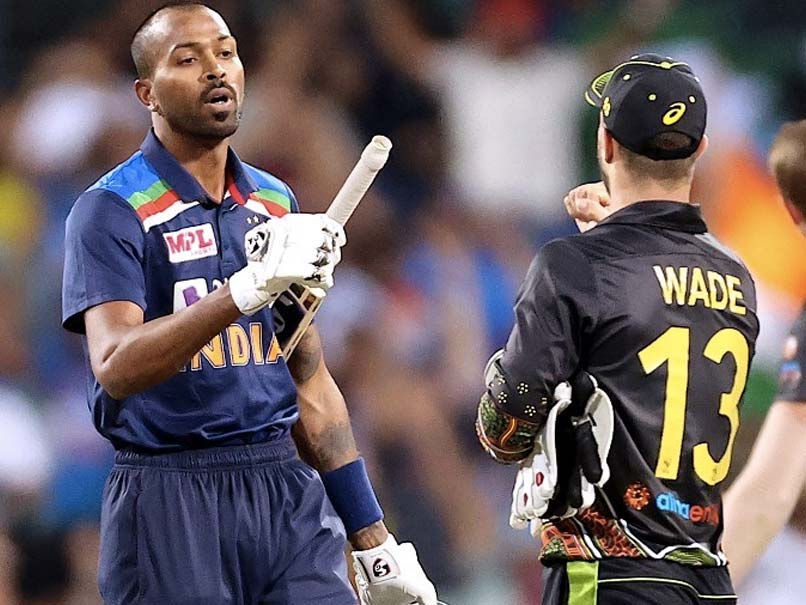 Hardik Pandya has been one of Team India's leading run-getters in the ongoing tour of Australia.© AFP

Former India batsman Mohammad Kaif on Sunday said that in-form all-rounder Hardik Pandya should stay back in Australia for the upcoming Test series. Pandya played a match-winning knock of 42* off 22 balls in India's six-wicket win over Australia in the second T20I at Sydney Cricket Ground, which gave the visitors an unassailable 2-0 win in the three-game series. His innings was studded with two sixes and three fours. Taking to Twitter, Kaif wrote, "@hardikpandya7, with an average of nearly 90, has emerged as India''s go to batsman in white-ball cricket, behind @imVkohli. Time is ripe for Hardik to be added to the Test squad, in this red hot form worth holding him back in Australia."

.@hardikpandya7, with an average of nearly 90, has emerged as India's go to batsman in white ball cricket, behind @imVkohli. Time is ripe for Hardik to be added to the Test squad, in this red hot form worth holding him back in Australia

Pandya amassed 210 runs in the recently concluded three-match ODI series, while in the shortest format he scored 58 runs in the first two games. However, the right-handed batter is not a part of India's squad for the longest format.

Pandya was also a vital member of the Mumbai Indians squad that won the Indian Premier League (IPL) 2020 title at Dubai International Stadium last month. He played 14 games for the side and scored 281 runs at a strike rate of 178.98.

When asked about whether he will stay for the Test series at the post-match press conference, Pandya replied, "It is a different ball-game, I do not mind if they ask me to stay back for the Test matches, the call lies with the team management, I cannot say much about it."

India will play four Tests against Australia after the conclusion of the T20I series. India skipper Virat Kohli will be playing just one of the four Tests before heading home as he has been granted paternity leave by the BCCI. Rohit Sharma's availability for the Test series is also not clear as his fitness will be reassessed on December 11 at the National Cricket Academy.

The first Test of the series will be played at Adelaide Oval from December 17.