India vs Australia: "I Can Keep In Next Three World Cups," Says KL Rahul

Australia vs India: KL Rahul said he enjoyed the wicket-keeper's role on India's tour to New Zealand earlier this year and he can keep wickets in the next three World Cups. 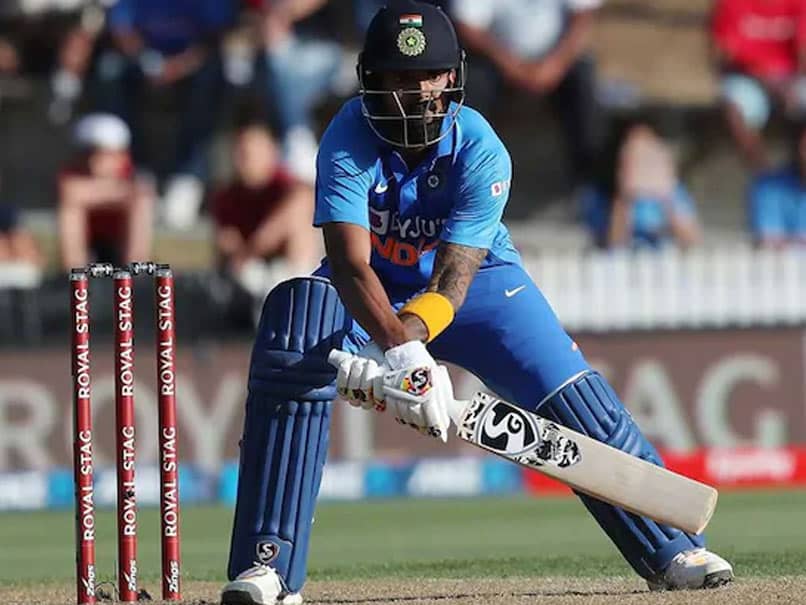 KL Rahul has been named vice-captain of India's ODI and T20I squads for Australia tour.© AFP

India's white-ball vice-captain KL Rahul on Wednesday said he would be happy to keep wickets in the next three global ICC events if given an opportunity even though the team management has not yet spoken to him about it. Rahul has now pipped specialist wicketkeepers Rishabh Pant and Sanju Samson as the No.1 glovesman in the limited overs format. Three ICC events – two back-to-back T20 World Cups followed by the marquee ODI World Cup – are scheduled in the next three years. The 28-year-old's keeping does provide the team the option of having an extra batsman or bowler.

"It helps the the team combination a little more and it's something I would love to do...if the opportunity presents itself and I can keep in three World Cups, I would love to do it for my country," Rahul said in response to a query from PTI ahead of the limited-overs series against Australia starting November 27.

Has the team management spoken to him about keeping in ICC events?

"Nothing has been told to me and we are not thinking that far as a team. Obviously World Cups are important and that is a long-term vision for every team and country," Rahul said.

"I think for me, we are just taking one game at a time. So if I put up consistent performances with bat and gloves, it gives us an option of playing an extra bowler or an extra batter," he added.

Mahendra Singh Dhoni's keeping was in a different league and the way he guided spinners went a long way in India's white-ball success. Would he be able to chide a Kuldeep Yadav or Yuzvendra Chahal like Dhoni could, if he takes upon a similar role?

"Look obviously, nobody can fill MS Dhoni's place. He has shown us the way and how wicketkeeper-batman role is performed," Rahul said.

"With Kuldeep, Yuzi and Jaddu, we have a decent friendship and obviously I will go and give them a feedback as to what is a better length if they are doing something wrong and anybody in wicketkeeper's role will have that responsibility," he said.

Rahul loved the role of an ODI keeper against New Zealand and hopes to continue with the good work.

"I did one series (as wicket-keeper) in New Zealand and quite enjoyed it, and hopefully I can be better at reading the game and give bowlers and captains some good feedback for the bowlers and the captain," he said.

KL Rahul Australia vs India 2020-21 Cricket
Get the latest updates on India vs Australia Series, check out the India vs Australia Schedule for 2020-21 and Ind vs Aus live score . Like us on Facebook or follow us on Twitter for more sports updates. You can also download the NDTV Cricket app for Android or iOS.