India vs Australia Test Highlights: Day 2 of the ongoing fourth Test match failed to resume after the Tea break at The Gabba, due to heavy rain. The match will resume on Day 3, at 5:00 AM IST. 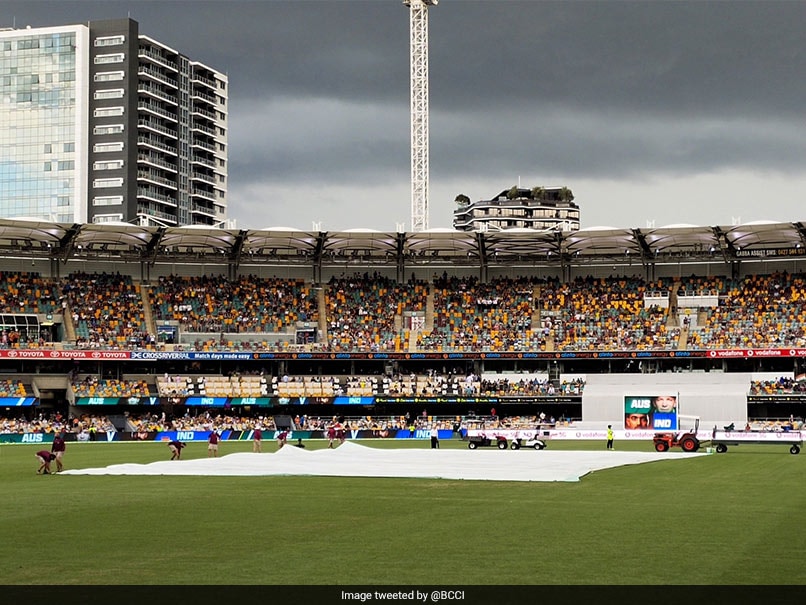 IND vs AUS Highlights: Day 2 of the 4th Test failed to resume after Tea break due to rain.© Twitter

Rain played spoilsport on Day 2, as the fourth Test match between Australia and India failed to resume after the Tea break, at The Gabba in Brisbane on Saturday. The final session was washed out, and India finished at 62 for two at Stumps, after the hosts were bowled out for 369 before the Lunch break. The visitors trail by 307 runs. Until Rohit Sharma's dismissal, India looked to be in control and now once again, the pressure of gaining momentum has been put on Ajinkya Rahane (2) and Cheteshwar Pujara (8). The duo are unbeaten, and will be aiming to stage a turnaround on Day 3. Nathan Lyon took the wicket of Rohit in his 100th Test match, and Pat Cummins was once again amongst the wicket-takers for Australia. The home side's bowling department will be hoping to continue with their fine form on Day 3. (SCORECARD)

Brisbane Cricket Ground (Woolloongabba), Brisbane Australia vs India 2020-21 Cricket Australia vs India, 4th Test Live Score Live Cricket Score Live Blogs
Get the latest updates on IND vs NZ 2021, check out the Schedule and Live Score . Like us on Facebook or follow us on Twitter for more sports updates. You can also download the NDTV Cricket app for Android or iOS.