Australia vs India: Fans took to Twitter to appreciate Hardik Pandya's commitment as he bowled his first over since September 2019. 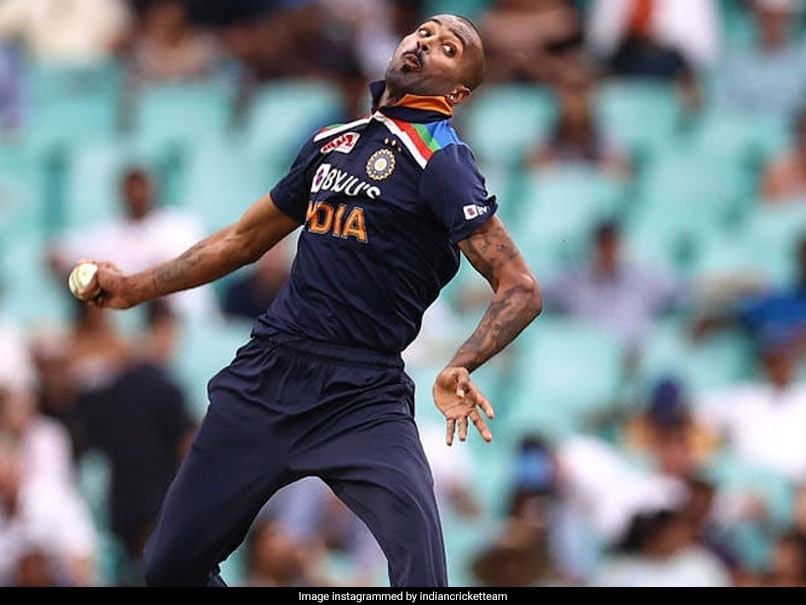 Hardik Pandya picked up the wicket of Steve Smith on Sunday.© Instagram

Hardik Pandya, who himself said he is yet to attain 100 per cent of his bowling capacity, was brought into the attack by Virat Kohli as Indian bowlers again failed to impress at the Sydney Cricket Ground after a poor showing on Friday. Virat Kohli was forced to turn to dip into his reserves, first introducing Mayank Agarwal into the attack and then turning to Hardik for a couple of overs. Hardik, who has not bowled since undergoing a back surgery, rolled his arm over for four overs and got the big wicket of Steve Smith, who smashed his second consecutive hundred against India. Fans took to social media to express their happiness after watching Hardik bowl in an ODI after nearly 14 months. The ICC also hailed Hardik's all-round abilities.

He can bowl
He can bat
He can field
Looks like he can also read a newspaper during a match!

"Half fit Hardik Pandya would have got another wicket. Love him or hate him but you can't deny the fact that he's currently India's best all-rounder," a fan tweeted.

Half fit Hardik Pandya would have got another wicket. Love him or hate him but you can't deny the fact that he's currently India's best all-rounder.

"Hardik Pandya and his commitment," another user said.

Hardik Pandya and his commitment

"Thanks to hardik pandya else we would have been chasing 500," a fan thanked Hardik for restricting the run flow.

In the match, Australia won the toss and opted to bat.

Aaron Finch and David Warner got the hosts off to a good start. Both scored half-centuries.

Steve Smith then continued his purple patch and smashed his 11th ODI century.

Indian bowlers once again failed to deliver as Australia posted a mammoth first innings total of 389 for four from their 50 overs.

Hardik, Mohammed Shami and Jasprit Bumrah all picked up one wicket each.

India will need to chase 390 to stay alive in the three-match series.

Australia Cricket Team Australia vs India 2020-21 Cricket Australia vs India, 2nd ODI
Get the latest updates on Fifa Worldcup 2022 and check out  Fifa World Cup Schedule, Stats and Live Cricket Score. Like us on Facebook or follow us on Twitter for more sports updates. You can also download the NDTV Cricket app for Android or iOS.