Australia opening batsman David Warner gave credit to India after the visitors pulled off an historic win at the Gabba to clinch the four-match series 2-1. 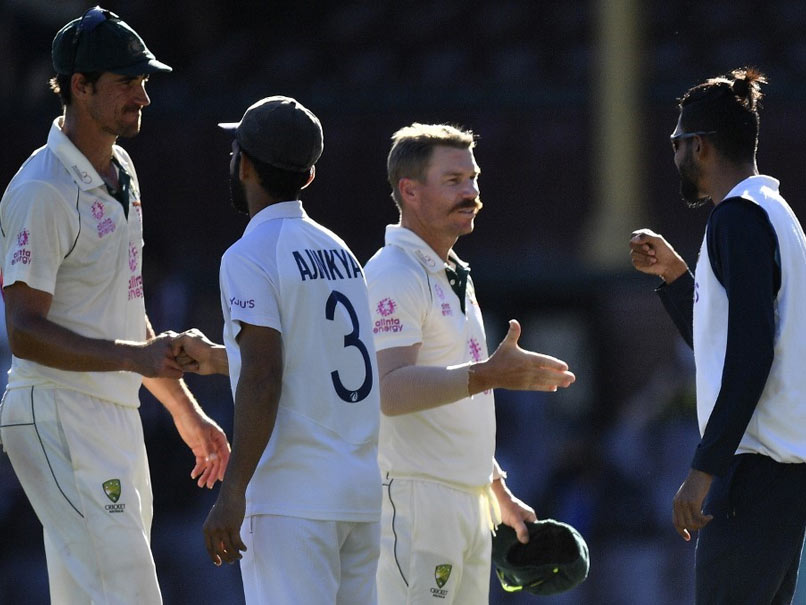 David Warner congratulated India on their series win Down Under.© AFP

Australia opening batsman David Warnertook to Instagram on Wednesday to reflect on the recently-concluded Test series against India. Australia lost the four-match series, 2-1 as India ended their 32-year unbeaten run at the Gabba on Tuesday. Warner shared a couple of pictures. In the first image, Virat Kohli and Tim Paine were seen posing with the Border-Gavaskar trophy and in the next photo, Rishabh Pantcan be spotted surrounded by his teammates after his match-winning knock in Brisbane.

The 34-year-old opening batsman admitted that it was not the result Australia would have liked but gave credit to the Indian team for winning the series despite their mainstays in the Test format were missing for major part of the series.

"The first pic started like this and second pic ended like this!! Not the result we would have liked but credit where credit is due. Well done team India on the series win. Some great stories will and have come out of this for India," Warner said.

Warner was also full of praise for Pat Cummins, who bagged the man of the series award for finishing the Test series with 21 wickets next to his name.

"For us, we fought hard and did our very best, but we were outplayed. Well done to @patcummins30 for a man of the series. This is why we love the game of test cricket, it's very very tough and to takes a lot of mental strength," he added.

Warner, who missed the first Two Tests due to injury, failed to get going against a disciplined Indian bowling attack.

He only managed to score 67 runs in four innings with a best of 48 that came in the third innings of the Brisbane Test.

Australia's next assignment will be against South Africa and they need to emerge victorious in a bid to stay in contention to feature in the final of the ICC Test Championship.

Rishabh Pant Australia vs India 2020-21 Cricket
Get the latest updates on ICC T20 Worldcup 2022, check out the Schedule and Live Score. Like us on Facebook or follow us on Twitter for more sports updates. You can also download the NDTV Cricket app for Android or iOS.