India vs Australia: Virat Kohli and Ravi Shastri, watching the proceedings from the dug-out, will be happy with multiple options that emerged from the game. 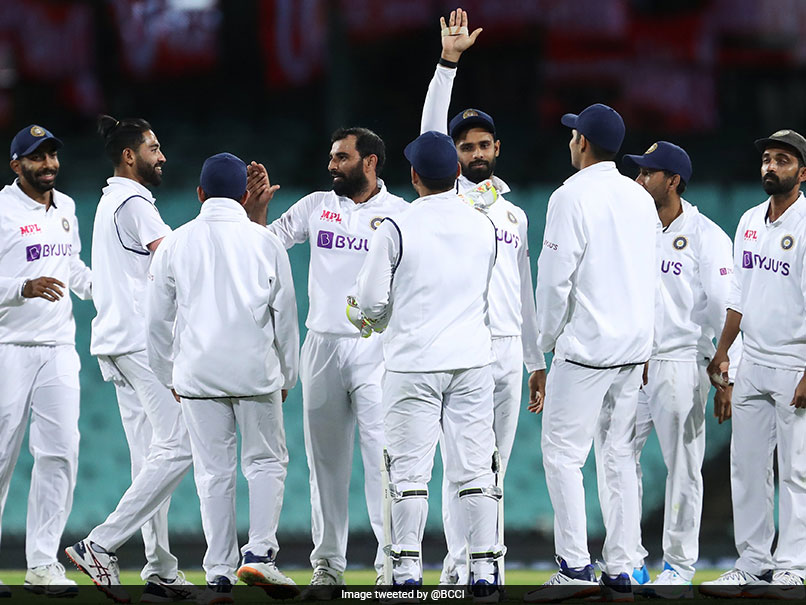 The Indian cricket team will head into the first day-night Test against Australia with a lot of optimism.© Twitter

The Indian cricket team will head into the first day-night Test against Australia with a lot of optimism and happy selection dilemmas, having managed to tick most of the boxes before drawing the three-day pink-ball dress rehearsal against Australia A on Sunday. Australia A gave a better account of themselves on an eased out third-day track, despite being reduced to 25 for 3, ending on 305 for 4 riding on Ben McDermott and Jack Wildermuth's centuries. Both the batsmen survived a barrage of bouncers under lights from Indian pacers.

The talented McDermott (107 off 167 balls), younger son of Craig McDermott who was India's tormentor during the forgettable 91-92 series, along with his skipper Alex Carey (58 off 111 balls) added 117 runs in a counter-attacking fourth-wicket partnership to partially save the game. The four-Test series gets underway from December 17 in Adelaide.

Rookie Wildermuth (111 off 119 balls) also got his ton and added 165 runs with McDermott but Virat Kohli and Ravi Shastri, watching the proceedings from the dug-out, will be happy with multiple options that emerged from the game.

In the first hour itself, the probable first Test opening pair of Joe Burns (1) and Marcus Harris (5) was sent back by Mohammed Shami (2/58 in 13 overs). While out-of-form Burns shuffled across to a straight delivery and was caught plumb in front, Harris was set up nicely with a leg-slip and his flick landed into Prithvi Shaw's hands stationed for that particular shot.

The lack of runs from the two openers will certainly increase the Australian team's worries. Shubman Gill's composure and technique opening the innings wouldn't have gone unnoticed compared to Shaw's loose batting during his two knocks in the game.

There is a lot of time at Gill's disposal and the upright stance with an ability to get his body behind the line of the ball like any top international batsman does, gives his team a lot of hope going into the series. Similarly, Hanuma Vihari strongly kept himself in the hunt with a hundred that again reflected his patient approach.

With his handy off-breaks, one such delivery got rid of Carey, he can be a good option for the sixth specialist batsman's spot in the side. But then there is an extremely stylish KL Rahul, who has been sweating it out at the nets under the watchful eyes of his skipper. Rahul gives multiple options both as an opener and a middle-order batsman.

The fact that he has experience of 36 Test matches won't be lost on the decision-makers when they sit back and pick the playing XI for the Adelaide opener. If the day/night warm-up game is any indicator, then Rishabh Pant, after his 73-ball hundred, is the primary contender for donning the big gloves.

The selection will be purely on Pant's ability to turn the game around in a session with his batting, which unfortunately his senior and more accomplished keeper Wriddhiman Saha is not really capable of. As far as bowling is concerned, Jasprit Bumrah, Mohammed Shami, Umesh Yadav and Ravichandran Ashwin look all set to start the Test match.

Umesh and Ashwin were not played in the second warm-up game. It was more about checking the other pacers and letting Bumrah and Shami add miles to their legs. On the third day, both bowled 13 overs each respectively and rightly conserved their energies for the big battle allowing back-up pacers Navdeep Saini (0/87 in 16 overs) and Mohammed Siraj (1/54 in 17 overs) bowl longer spells without much success. McDermott looked a stylish player with some attractive drives on the off-side and Wildermuth under lights negotiated the short ball well enough, picking up a few runs in the process.

Wriddhiman Saha Shubman Gill Cricket
Get the latest updates on IPL Auction 2023 and check out  IPL 2023 and Live Cricket Score. Like us on Facebook or follow us on Twitter for more sports updates. You can also download the NDTV Cricket app for Android or iOS.