India pacer Mohammed Shami geared up for the upcoming series in Australia by bowling in the nets on the team's second day of training after landing in Sydney. 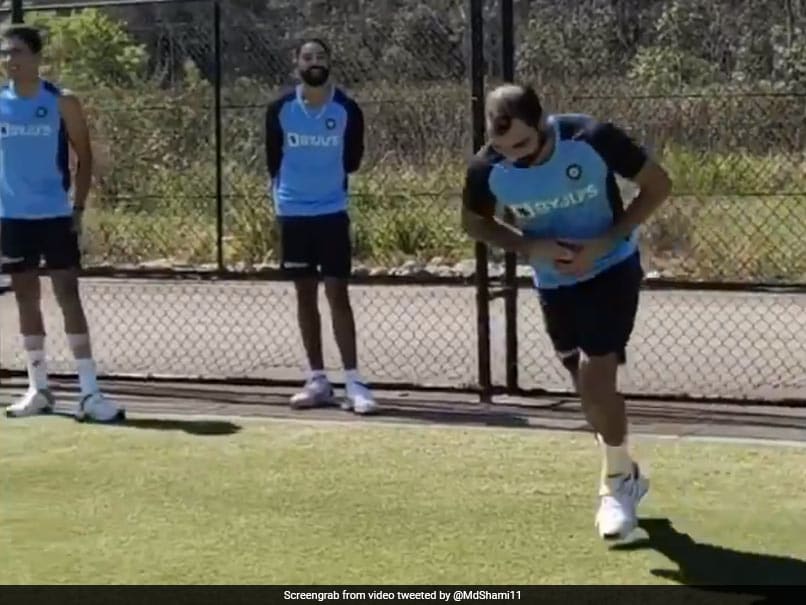 Mohammed Shami geared up for India's upcoming series in Australia with some bowling practice in the nets. The 30-year-old fast bowler has been included in India's squads for all three formats and could be seen in action on November 27 when India take on Australia in the first of the three One-day Internationals at the Sydney Cricket Ground (SCG). "There is no better feeling than to play for your country. A long wait to bowl in the #TeamIndia nets finally ended today! Looking forward to our Australian tour," wrote Shami as caption for a video he posted on social media that showed him running in to bowl in the nets.

There is no better feeling than to play for your country. A long wait to bowl in the #TeamIndia nets finally ended today! Looking forward to our Australian tour. #teamindia #Mshami11 #SaddaPunjab pic.twitter.com/5LQbqeVIZa

Shami has played 49 Tests, 77 ODIs and 11 Twenty20 Internationals for India since making his debut in 2013.

He was a key bowler for India on their last tour to Australia in 2018-19, picking up 16 wickets in four Tests and five wickets in three ODIs.

India kick off their tour with three ODIs and three T20Is in Sydney and Canberra from November 27 to December 8 before playing the first Test in Adelaide which will be a day-night affair.

India had their second training session on Sunday, November 15 as the likes of Virat Kohli and Cheteshwar Pujara were seen practising slip catching and off-spinner R Ashwin as well as fast bowler T Natarajan got some bowling practice in the nets.

Mohammed Shami Cricket Australia vs India 2020-21
Get the latest updates on IPL 2021, check out the IPL 2021 Schedule and Indian Premier League Live Score . Like us on Facebook or follow us on Twitter for more sports updates. You can also download the NDTV Cricket app for Android or iOS.