Australia vs India: Aaron Finch, who played under Virat Kohli in the Indian Premier League (IPL), pointed out how the Royal Challengers Bangalore (RCB) skipper instilled confidence in his players during the league. 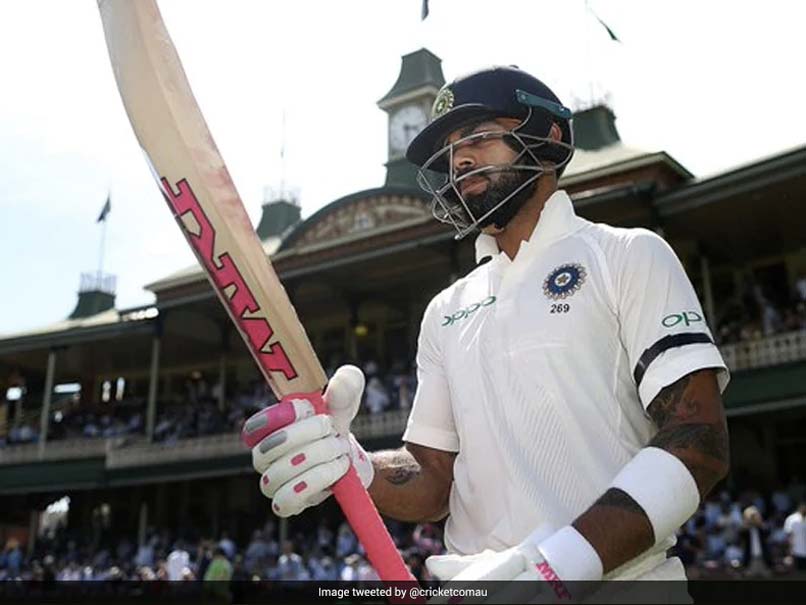 Australia vs India: Virat Kohli will play in the first Test match, and then depart for home.© Twitter

Australia white-ball skipper Aaron Finch feels a measured and balanced approach from the hosts will be required when they confront India captain Virat Kohli in the first Test at the Adelaide Oval. Finch believes if Kohli, who thrives on emotions, is sledged too much during the pink-ball Test which gets underway on Thursday, the Indian skipper can be "ruthless" on the hosts. "I think the change is in the way he (Kohli) goes about it now. I think as a person he is probably a bit more relaxed out on the field and understands the tempo of the game," Sydney Morning Herald quoted Finch as saying.

"I think there will be times when things boil over and when you have got strong characters on either team that's going to come to a head at some point. [But] there is a fine balance there, isn't there? You don't want him to get up and about in the contest. When he does, he can be ruthless on an opposition," he added.

Finch, who played under Kohli in the Indian Premier League (IPL), pointed out how the Royal Challengers Bangalore (RCB) skipper instilled confidence in his players during the league. The Australia skipper was surprised to see Kohli's relaxed approach in the RCB camp.

"What really surprised me was how he obviously does a lot of planning and preparation himself, and into the opposition, but he never focused more on the opposition than his own team," Finch said.

"At Bangalore, he was always confident in the XI players that were picked and knew that if you played well, you had every chance of winning," he further said.

"I was really surprised by how confident he was in everyone, he had a lot of time for everyone. He was great around the group, a lot more relaxed. I had never played with him, I had only played against him," Finch added.

Kohli will be playing just the first Test against Australia as he will return home after being granted paternity leave by the Board of Control for Cricket in India (BCCI).

Australia has the best record in day-night Tests as the side has not lost a single match that has been played with the pink ball. Earlier, Australia had won the ODI series while the Men in Blue walked away with the honours in the T20I series.

Virat Kohli Australia vs India, 1st Test Cricket
Get the latest updates on IPL Auction 2023 and check out  IPL 2023 and Live Cricket Score. Like us on Facebook or follow us on Twitter for more sports updates. You can also download the NDTV Cricket app for Android or iOS.