Barefoot Circle is a statement taken up by Australian cricket more broadly to connect with Aboriginal culture and the land on which matches are played. 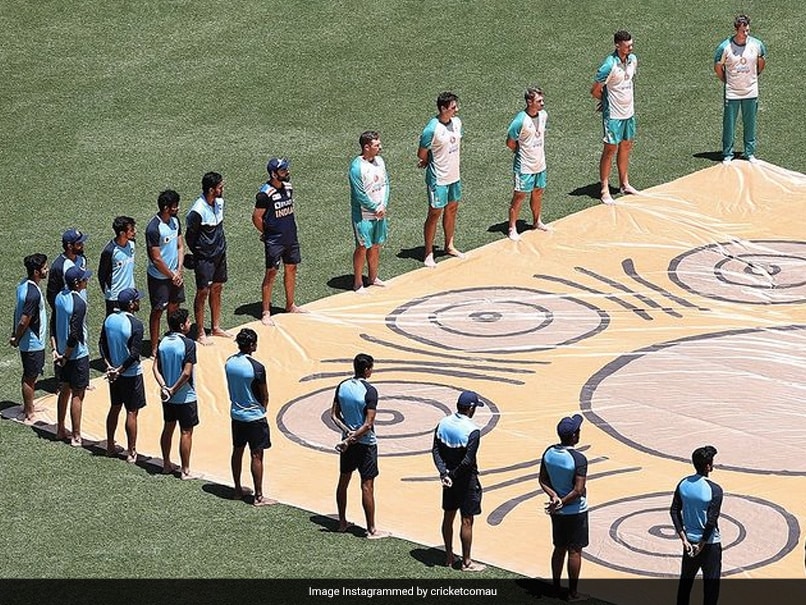 The circle has started in Reconciliation Round as a stance of anti-racism.© Instagram

Ahead of the first One Day International (ODI) on Friday, Team India and Australian players formed a ''Barefoot Circle'' to respectfully acknowledge the traditional owners of the land, connect to each other as opponents and pay respect to the country. Barefoot Circle is a statement taken up by Australian cricket more broadly to connect with Aboriginal culture and the land on which matches are played, and has already been adopted by the national women's team, Women's Big Bash League (WBBL) clubs, and more recently the state teams in the Sheffield Shield earlier this month.

This is done barefoot as a way to connect to the country, but also a moment to reflect that we are all common ground.

The circle is often part of pre-series activities and has started in Reconciliation Round as a stance of anti-racism, commitment to reconciliation, and strength together.

Meanwhile, Australia won the toss and are batting first against in the first ODI. India begin their ICC Cricket World Cup Super League campaign as the men in Blue resume international cricket.

The first two games of the ODI series will be played in Sydney with the action shifting to Canberra for the final game.

Australia Cricket Team Australia vs India 2020-21 Cricket
Get the latest updates on ICC T20 Worldcup 2022 and CWG 2022 check out the Schedule, Live Score and Medals Tally. Like us on Facebook or follow us on Twitter for more sports updates. You can also download the NDTV Cricket app for Android or iOS.