Will Pucovski Hit By Kartik Tyagi Bouncer, Ruled Out Of Second Warm-Up Game Ahead Of India Series

Australia A batsman Will Pucovski was hit on the helmet by a delivery from India A pacer Kartik Tyagi during the warm-up tie in Sydney on Tuesday. 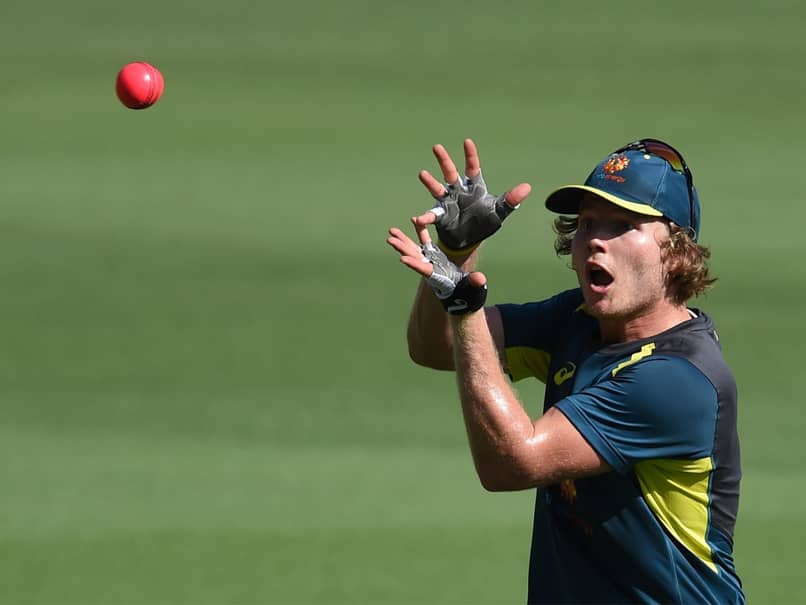 Will Pucovski is line to make his Test debut for Australia in the four-match series vs India.© AFP

Potentially in line for a Test debut against India, Australian batsman Will Pucovski suffered a concussion after being struck on the helmet by pacer Kartik Tyagi during the warm-up game against India A in Sydney on Tuesday and was ruled out of the second tour game starting December 11. Considered a sure-shot selection for the series-opener beginning December 17 in Adelaide, with David Warner ruled out owing to an injury, Pucovski was batting on 23 when he was hit on the helmet by a delivery from Tyagi in the 13th over of Australia A's second innings.

Fingers crossed for Will Pucovksi, who's retired hurt after this nasty blow to the helmet.

"Will experienced mild concussion symptoms but was able to leave the field unassisted," team doctor John Orchard said in a statement posted by cricket.com.au.

"He was monitored in our medical room and was communicating freely with staff and teammates as well as family over the phone.

"Will will remain with the Australia A squad but will not play in the three-day tour match against India at the SCG," he added.

Pucovski was hit on the front of his protective equipment and he fell to his knees, staying there for a few minutes before managing to walk off the field.

The 22-year-old opener was immediately attended to by the medical team even as he dropped the bat and remained on his hands and knees for a few minutes on the pitch.

The impact had put a question mark on his availability for the first Test but Cricket Australia confirmed that he was able to walk after being attended by team doctor John Orchard.

Tipped to partner opener Joe Burns in the Day/Night first Test at Adelaide Oval, Pucovski has a history of facing concussion problems in his career.

Chasing a 131-run target, Australia A reached 52 for one in 15 overs before the match ended in a draw on the third and final day of the warm-up game at Drummoyne Oval.

"The doc's obviously going to keep an eye on him in over the next 24 hours. But he's in the changerooms and seems pretty well so far," he added.

India Cricket Team Will Pucovski Australia vs India 2020-21 Cricket
Get the latest updates on India vs England Series, India vs England , live score and IPL 2021 Auction . Like us on Facebook or follow us on Twitter for more sports updates. You can also download the NDTV Cricket app for Android or iOS.