India vs Australia: Virat Kohli equalled Rohit Sharma's record of most half-centuries in T20I cricket when he hit his 25th fifty in the third T20I on Tuesday. 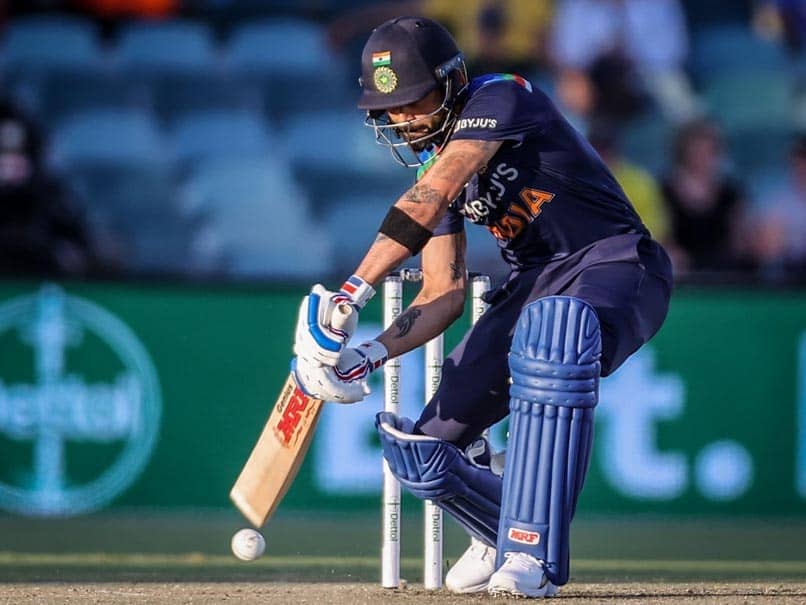 India vs Australia: Virat Kohli hit his 25th T20I fifty in the third T20I in Sydney on Tuesday.© AFP

India skipper Virat Kohli has equalled the record for most half-centuries in the shortest format of the game. Kohli achieved the feat against Australia when he reached his 25th half-century in the third and final T20I at the Sydney Cricket Ground on Tuesday. The Indian skipper has equaled Rohit Sharma's tally of most fifties in T20I as both have 25 fifties under their belt. While Kohli reached the milestone in his 79th innings, Rohit had taken 100 innings to smash his 25th half-century in the shortest format of the game. Australia opening batsman David Warner is third on the list having registered 19 fifties while Ireland's Paul Stirling is at the fourth spot.

Kohli's half-century on Tuesday went in vain as Australia secured a 12-run victory over India in the third T20I. While India had already won the three-match T20I series after winning the first two games, Australia won the last game to avoid a whitewash.

India will now play a four-match Test series against Australia which gets underway on December 17. The first match will be a day-night affair and Kohli will head back home after the first Test as he has been granted paternity leave by the BCCI.

The Indian team and Australia A will face each other in another practice-game, beginning Friday.

However, this match would be played under lights and it will be a pink-ball contest.