India vs Australia: The Indian team regrouped in Brisbane ahead of the fourth Test against Australia, with the series level at 1-1. 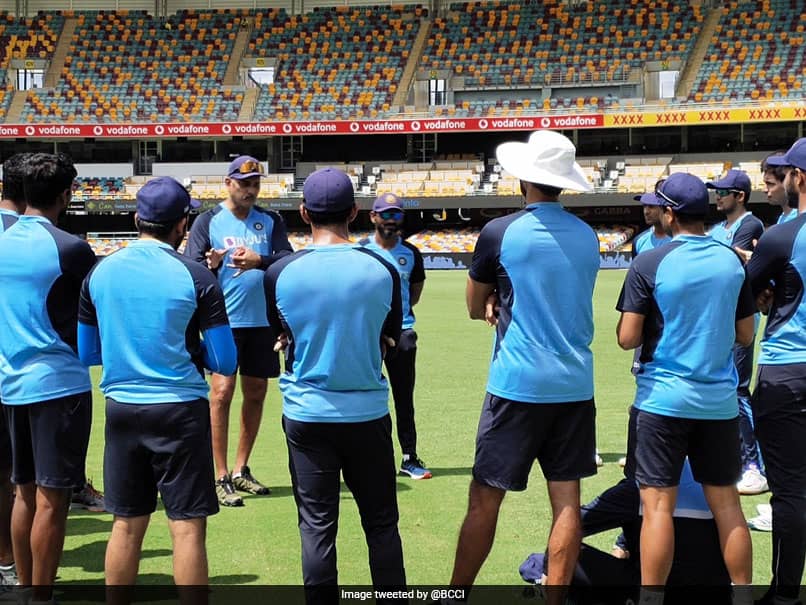 Ravi Shastri was seen having a word with the team ahead of the fourth Test in Brisbane.© Twitter

Indian team, after showing grit and determination to secure a well-fought draw at the Sydney Cricket Ground in the third Test against Australia, hit the ground running on Wednesday in Brisbane ahead of the fourth and final Test match of the series, starting Friday. The Board of Control for Cricket in India (BCCI) took to Twitter to share pictures from the Gabba. "After an epic fightback in Sydney, it is time to regroup. We have begun our preparations for the final Test at the Gabba! #TeamIndia #AUSvIND," the photos were captioned.

After an epic fightback in Sydney, it is time to regroup. We have begun our preparations for the final Test at the Gabba! #TeamIndia #AUSvIND pic.twitter.com/oAUJboM5bH

In one of the pictures, Jasprit Bumrah, who is doubtful for the final Test of the four-match series, can be seen having a discussion with bowling coach Bharat Arun as Shardul Thakur looks on.

India will take the field in Brisbane without their all-rounder Ravindra Jadeja, who was ruled out of the final Test with dislocated thumb.

He was hit on the hand by a Pat Cummins bouncer while batting on Day 3 of the third Test in Sydney.

Jadeja did not take the field in the second innings and he underwent a successful surgery on Tuesday, promising his fans to return with a bang soon.

India suffered a number of injury blows during the third Test as Hanuma Vihari and Jasprit Bumrah are doubtful for the final game of the series.

On the other hand, Australia are also battling with injury concerns as young opening batsman Will Pucovski injured his shoulder while diving to stop a run on the final day of the third Test at SCG.

Australia Cricket Team Australia vs India 2020-21 Cricket
Get the latest updates on IPL 2021, IPL Points Table , IPL Schedule 2021 , live score . Like us on Facebook or follow us on Twitter for more sports updates. You can also download the NDTV Cricket app for Android or iOS.