Australia vs India: Indian fielders dropped numerous chances on the field during the second day's play in Adelaide on Friday. 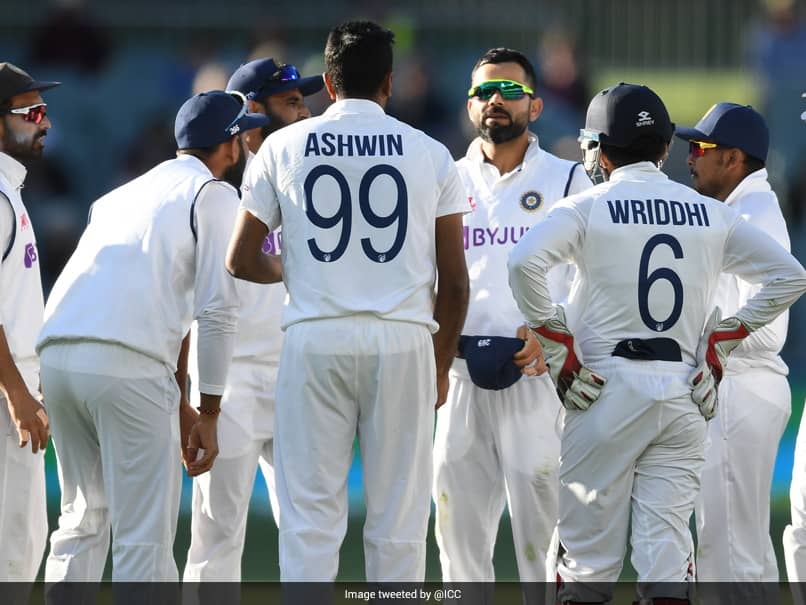 India bowled out Australia for 191 in their first innings in Adelaide on Friday.© Twitter

Sunil Gavaskar, former India captain, wasn't too impressed with Team India's fielding display on Day two of the ongoing first Test against Australia on Friday. The visitors dropped numerous chances, helping Australia to reduce the deficit to just 53 runs despite knocking over half of their side for just 79 runs. Gavaskar, on air during the second day's play in Adelaide, didn't mince his words and said that Team India are fielding as if they are giving away early Christmas gifts. "All I can think of is the Indians are in a Christmas mood. Giving their Christmas gifts a week early," Gavaskar said.

"All I can think of is the Indians are in a Christmas mood. Giving their Christmas gifts a week early." - Sunil Gavaskar #AUSvIND https://t.co/Bh2v9ZtTZP

On Day 2, India only managed to add 11 runs to their overnight score of 233 and were bowled out for 244 in their first innings.

Indian bowlers then bowled tight line and lengths and kept the scoring rate down.

Jasprit Bumrah got the first breakthrough as he trapped Matthew Wade right in front of the stumps.

Bumrah then struck again in his next over and sent Joe Burns back to the pavilion.

Marnus Labuschagne, who scored 47 runs, got dropped twice by Bumrah and Prithvi Shaw.

Australia skipper Tim Paine, who remained unbeaten on 73, also got a reprieve when Mayank Agarwal dropped a sitter at deep square.

Ravichandran Ashwin was the pick of the bowlers for India, who returned with figures of four for 55.

India lost the wicket of Prithvi Shaw just before the end of day's play on Friday.

The visitors lead Australia by 62 runs with nine wickets in hand. Nightwatchman Jasprit Bumrah and Mayank Agarwal will resume India's innings on the third day of the first Test.