Australia vs India: Sunil Gavaskar Feels Ajinkya Rahane Scored "One Of The Most Important Hundreds In History Of Indian Cricket"

AUS vs IND: Sunil Gavaskar said Ajinkya Rahane's knock sent a message to the Australian camp that the Indian team will not just lie down and be walked all over. 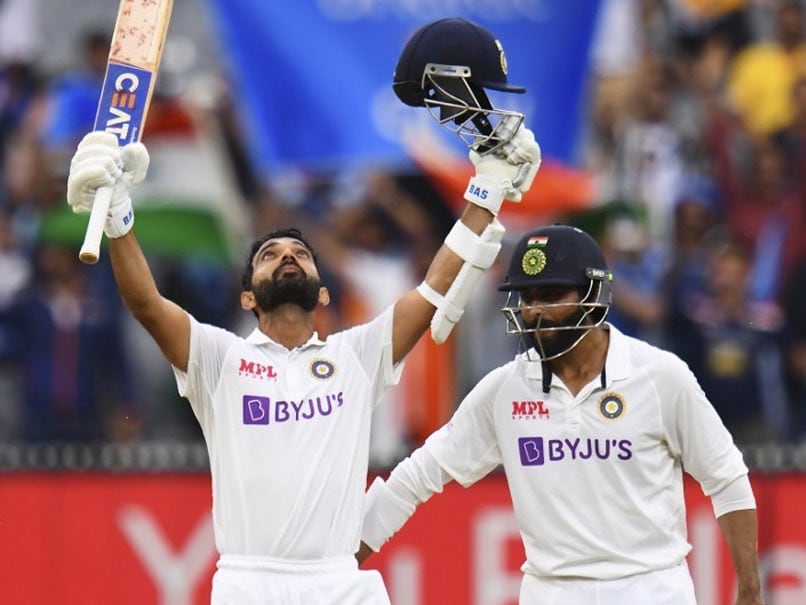 Batting great Sunil Gavaskarfeels Ajinkya Rahane's gritty hundred in the ongoing Boxing Day Test will go down as one of the most important centuries in the history of Indian cricket. Rahane hit his 12th century in the longest format of the game on Sunday. Rahane's century and Ravindra Jadeja's well-made fifty gave India firm control on the second Test.

India came into the Boxing Day Test on the back of a humiliating loss. The visitors could only score 36/9 -- their lowest-ever total in Test cricket -- in the second innings of the pink-ball Test at Adelaide Oval. Before this, India's lowest Test score was 42 against England in 1974.

Gavaskar said the valiant knock of Rahane sent a message to the Australian camp that the visitors will not just lie down and be walked all over.

"I believe that this hundred is going to be one of the most important hundreds in the history of Indian cricket," Gavaskar told Channel 7.

"Important because it's showing character, sending a message to the opposition that after being dismissed for 36 in the previous game, to come back in this manner, this Indian team is not going to just lie down and be walked all over," he added.

Rahane was sent back to the pavilion on the third morning of the Boxing Day Test after he was run-out while attempting a risky single. His wicket triggered a collapse and the visitors slipped from 294/6 to 326/10 in the first session itself.

The Indian bowlers bowled superbly and reduced Australia to 133/6 at stumps on the third day as the visitors tightened their grip on the match.

Melbourne Cricket Ground Australia vs India 2020-21 Cricket Australia vs India, 2nd Test
Get the latest updates on SA vs IND 2021-22, check out the Schedule and Live Score . Like us on Facebook or follow us on Twitter for more sports updates. You can also download the NDTV Cricket app for Android or iOS.