Australia vs India, 2nd Test: Ajinkya Rahane scored 112 off 223 balls, as the visitors put themselves closer to victory on Day 3. 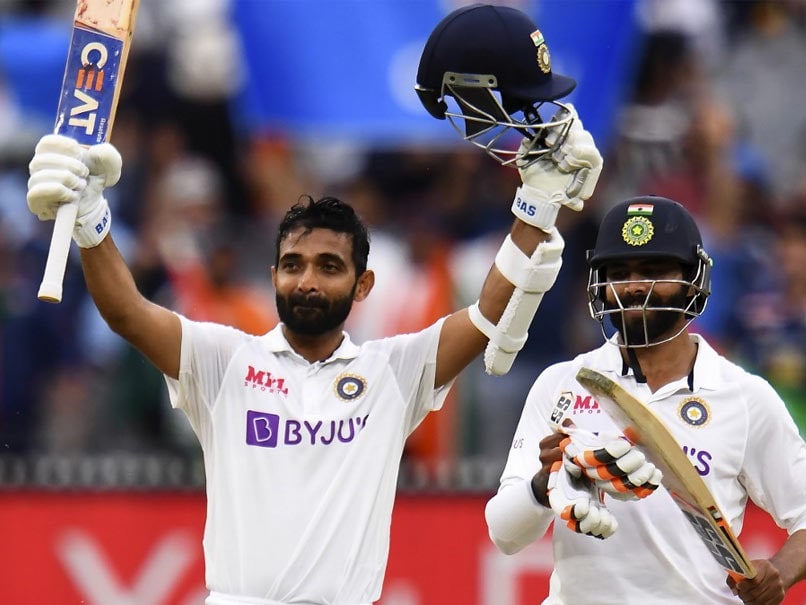 Australia vs India: Ajinkya Rahane celebrates after reaching his ton at the MCG.© AFP

Ajinkya Rahane produced a master-class after taking over the reins at a low point for his team but when it comes to his best knock, the stand-in India skipper Monday placed his century at Lord's ahead of the latest effort, against Australia. Rahane's classy 112 paved the way for India taking a substantial 131-run first-innings lead in the ongoing second Testagainst Australia, who were in all sorts of trouble at the close of play on the third day. "It was really special. Getting a century always is. Still feel that my hundred against England at Lord's is my best," Rahane said after the day's play.

The unassuming Indian entered the Lord's Honours Board when he struck an elegant 103 off 154 balls during the Indian team's tour of England in 2014. Leading the side just days after a humiliating defeat in the series-opener at Adelaide Oval, Rahane earned praise from the cricket fraternity for the manner in which he handled his bowlers and his field placements at Melbourne.

"Captaincy is all about backing your instinct. You've got to back your gut feeling. Credit to the bowlers, they bowled in the right areas," he added.

After his effort with the bat, his bowlers put India in sight of a series-levelling win by reducing Australia to 133 for six in their second innings.

Asked about the match, he preferred to stay cautious. "This game is not over yet, still have to get four more wickets."

Leading the team in the absence of Virat Kohli, Rahane came into the match after losing seasoned pacer Mohammed Shami and he was also held responsible for running out Kohli in Adelaide.

However, on Monday it was Rahane who found himself at the receiving end after what seemed like a needless call by Ravindra Jadeja, which led to his dismissal.

Asked about his run out, Rahane said, "I initially thought I was in. I told him (Jadeja) not to worry about my run out and to keep doing well."

Jadeja went on to score his 15th Test fifty but got out after reaching the milestone.

Ravindra Jadeja
Get the latest updates on ICC Women's Cricket World Cup 2022 and IPL 2022, check out the Schedule , Live Score and IPL Points Table. Like us on Facebook or follow us on Twitter for more sports updates. You can also download the NDTV Cricket app for Android or iOS.