Australia vs India: "Shubman Gill Is Special, Don't Compare Him To Anyone," Urges Wasim Jaffer

IND vs AUS: Former India opener Wasim Jaffer urged people not to compare him to anyone and put "undue pressure" on him. 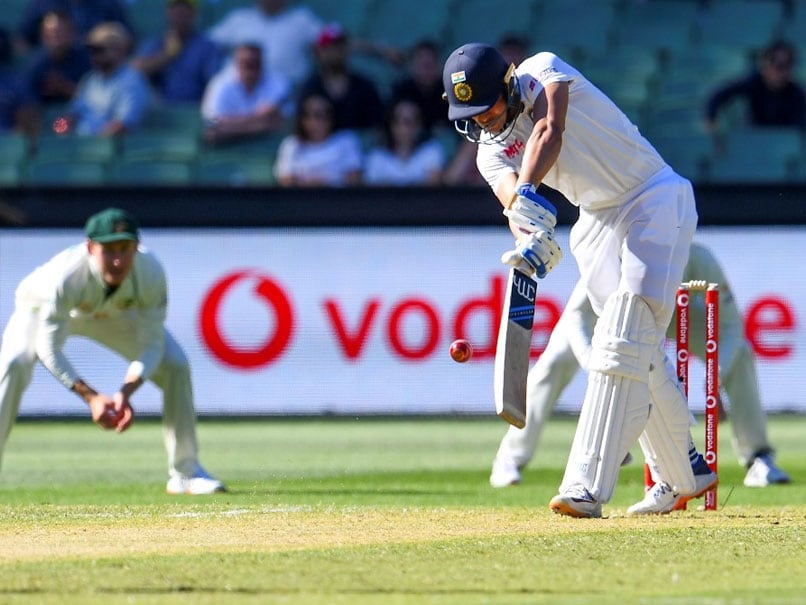 AUS vs IND: Shubman Gill impressed on his Test debut and played crucial knocks in both innings.© AFP

While good performances attract praise, it also sees people draw comparisons with former stars. And with Shubman Gillputting up an impressive show in the Boxing Day Test, comparisons have already started. But former India opener Wasim Jafferhas urged people not to compare the youngster with anyone. Gill looked in good touch when he stepped out to make his Test debut at the Melbourne Cricket Ground (MCG) against Australia. While he scored 45 in the first innings, he hit an unbeaten 35 in the second as India secured an eight-wicket win in the match.

"Shubman is special but please let him enjoy his cricket and grow into his career. Don't compare him to anyone and put undue pressure on him. He's not next somebody he's first Shubman Gill. We've lost many great talents due to undue pressure and unreal expectations. #Shubmangill," Jaffer tweeted.

With no Virat Kohli, no Rohit Sharma, no Ishant Sharma, no Mohammad Shami, and the humiliation of scoring their lowest-ever Test score at the Adelaide Oval, it was a brilliant turnaround by India to level the series. The win not only brought India right back in the series, but also took the team a step closer to the final of the World Test Championship.

Riding on the back of a brilliant partnership between Ajinkya Rahane and Ravindra Jadeja on day three, India first dismissed Australia for 200 and then came back to chase the target of 70 in just 15.5 overs on day four. If one session had cost India the first Test, it was again a session -- wherein Rahane and Ravindra Jadeja weathered the storm on day two -- that saw India bag the second game.

However, the win wasn't as easy as it showed on paper. Pat Cummins and Mitchell Starc gave Australia the early wickets to ensure the win wouldn't be a cakewalk for the visitors.

Starc dismissed Mayank while Cummins sent Pujara back as a small target started looking a little difficult. However, some assured strokeplay from Gill and Rahane calmed the nerves in the Indian dressing room as India registered a comprehensive 8-wicket win.

Melbourne Cricket Ground Australia vs India 2020-21 Cricket Australia vs India, 2nd Test
Get the latest updates on T20 World Cup, check out the T20 World Cup Schedule and Live Score . Like us on Facebook or follow us on Twitter for more sports updates. You can also download the NDTV Cricket app for Android or iOS.