Australia vs India: Josh Hazlewood Aims To Use Short-Ball Tactic In Test Series

Australia vs India: After losing the ODI series, the hosts will be aiming to bounce back to winning ways, and Josh Hazlewood will be hoping to trump the likes of Virat Kohli in the first Test match. 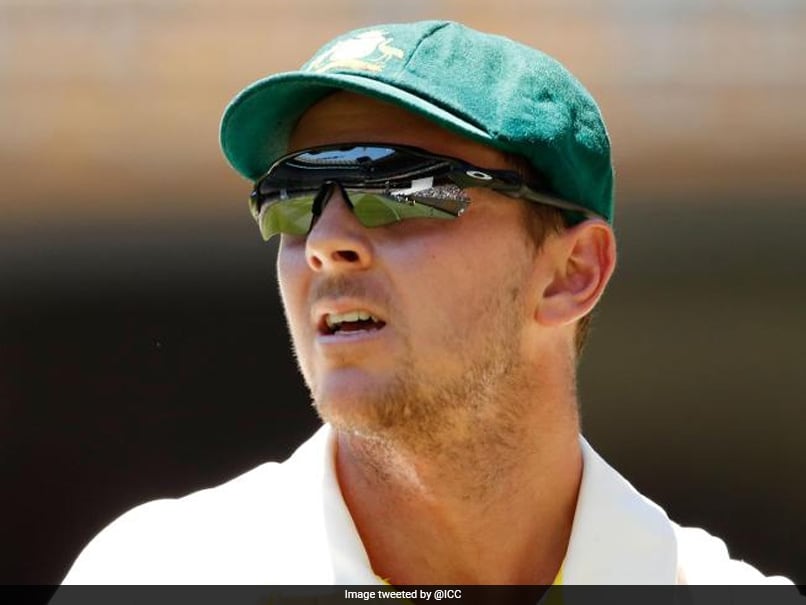 Ahead of the four-match Test series against India, Australian pacer Josh Hazlewood on Sunday said that his side would definitely employ the short-ball tactic against the visitors. The first Test of the four-match series, beginning on December 17 will be played at the Adelaide Oval and it will be a day-night contest. Australia have the best-record in day-night Tests as the side have not lost a single match that has been played with the pink ball. "I think at different times, yes, the short ball will be used as a tactic. The bouncer strategy is here to stay. It is a part of the game. It is going to hang around for sure. It's probably a tactic all the time in Australia with the sort of bounce and pace our wickets have compared to other countries," said Hazlewood during a virtual press conference on Sunday.

"And the wickets can also be quite flat from time to time. So, if we are not getting results on the front foot, we will challenge the batsmen at different times with the bouncer and a leg-side field. That's always been part of the game here, probably from both sides," he added.

Virat Kohli will be playing just the first Test against Australia as he will return home after being granted paternity leave by the Board of Control for Cricket in India (BCCI). Hazlewood had dismissed Kohli four times (3 times in ODIs, and one in T20I) in the white-ball leg earlier.

When asked about his battle with Kohli, Hazlewood said: "I have had some luck against him of late in the white-ball format. So, you take a little bit of that into the next format. That said, it's a fresh start. It's a different story again with the pink ball."

"He scored some runs against us last time with the red ball and I think it's crucial to start well against him. We've only got him for two innings in the one Test in Adelaide," he added.

During the 2018-19 tour, Virat Kohli-led India had managed to defeat Australia. This was the first time that India won a Test series Down Under. For the visitors, Cheteshwar Pujara played a crucial role and Hazlewood expects his batsmen to do the same this series.

At that time, Australia were also without the services of David Warner and Steve Smith as the duo was banned for one year for their involvement in the ball-tampering scandal against South Africa.

"I think what you saw last time (2018-19 series) was the bowlers not getting enough rest between innings. Pujara faced a lot of balls and in a long series, that's the batman''s goal, not only to score runs in that Test, but also keep the frontline attack of the opposition out on the field for as long as possible," said Hazlewood.

"You get the benefits of that later in the series which is exactly what happened last time around. We spent a lot of time in the field in Melbourne. We sort of rested in between before getting into the Sydney Test. Hopefully, we can spring that around this time and keep the Indian bowlers out on the field for as long as possible and reap those benefits later in the series," he added.

Earlier today, Cricket Australia had confirmed that Mitchell Starc would be joining the squad on Monday ahead of the first Test. Speaking about Starc, Hazlewood said: "It is obviously great news for us that Starc is joining the squad, everyone knows he is a big member of our side. Everyone knows his record with the pink ball, it is great news for us. We welcome him with open arms. He will be fine, if we have learnt something from this year is that nothing goes as per the plan."

"He is a professional, once he comes back in the camp, he will jump back in and he will be ready to go," added Hazlewood.

The Border-Gavaskar series will be telecasted on Sony Ten 3, and Sony six channels. The first Test of the series, a pink-ball contest, will begin on December 17 at Adelaide. Australia had won the ODI series while the Men in Blue walked away with the honours in the T20I series.