Australia vs India: Joe Burns revealed that he was very confident about his batting skills during the first Test match, which the hosts won. 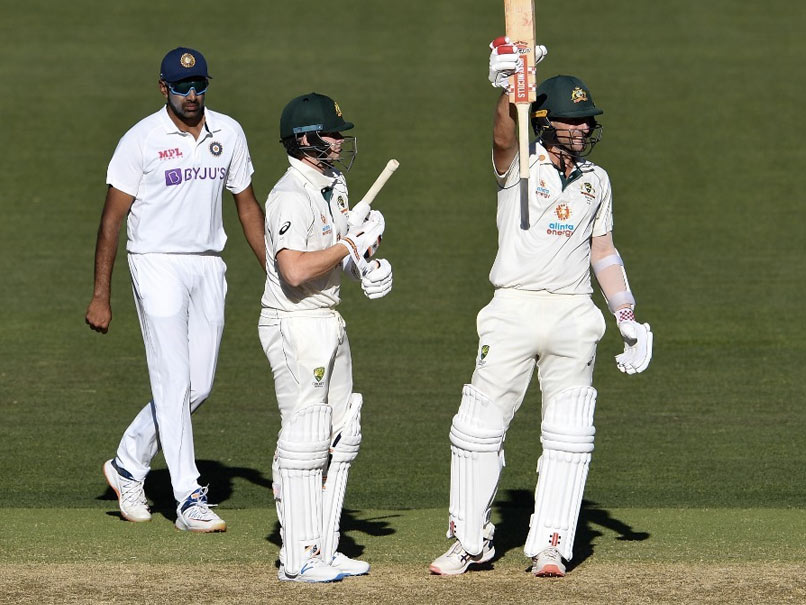 Australia vs India: Joe Burns raised his bat after reaching his 50 during the first Test.© AFP

Australian opener Joe Burns, who played a career-saving knock in the second innings of the day-night Test, on Monday said his next aim is to smash big match-winning hundreds in the upcoming games. Burns was dismissed by Jasprit Bumrah in the first innings after the opening batsman managed to score just eight runs off 41 balls but he scored an unbeaten fifty in the second essay. Burns had come into the opening Test match with a lean patch as he did not manage to get going in the two practice games against the Indians as well.

The right-handed batsman said he was really confident about his batting skills and was probably one shot away from getting back to the rhythm. Burns exuded confidence and said he wants to smash big match-winning centuries in the remaining three-Tests.

"It's funny that one shot in this game can give you everything that you were searching for (balance). The first pull shot I hit of Umesh Yadav's ball felt amazing. Over summer, I think I have been really confident and batting well as I said before to find some rhythm often can be one shot away," said Burns during a virtual press conference.

"At the same, you go into the next game and you have to start all over again. Challenges in international cricket keep coming and we have got three Tests more to go. "My job and my goal is to go on and get match-winning hundreds in those games," he added.

Burns has been cleared to play for the hosts in the Boxing Day Test. The 31-year-old cricketer was hit on the elbow on Saturday by Bumrah during the day-night Test.

"I think the main issue I had was not able to grip the bat and just had to get through the six balls. Fortunately, after that we had a forty minutes break so got some pain killers on board," said Burns.

"There was a little bit of discomfort but I think when you are out in the middle, you got so much to do and obviously the pain killers started kicking on and you don't really feel too much," he added.

India had stumbled to an eight-wicket loss in the first Test of the four-match series. On the third day of the first Test, India was bundled out for 36 in the second innings and Australia was given a mediocre target of 90 runs to go 1-0 ahead.

Australia chased down the total comfortably inside 21 overs with eight wickets in hand.

"We are the best team in the world, so we are confident against everyone at any venue. Our bowlers are unbelievable, it's a great luxury for our team," said Burns.

India and Australia will lock horns in the Boxing Day Test at the Melbourne Cricket Ground, beginning December 26 and concussed batsman Will Pucovski is unlikely to make his Test debut.

India Cricket Team Australia vs India 2020-21 Joe Burns Australia vs India, 2nd Test Cricket
Get the latest updates on ICC T20 Worldcup 2022, check out the Schedule and Live Score. Like us on Facebook or follow us on Twitter for more sports updates. You can also download the NDTV Cricket app for Android or iOS.