Jasprit Bumrah, who scored his maiden first-class fifty, was the star with the bat for India in the pink ball practice match against Australia A at the Sydney Cricket Ground on Friday. 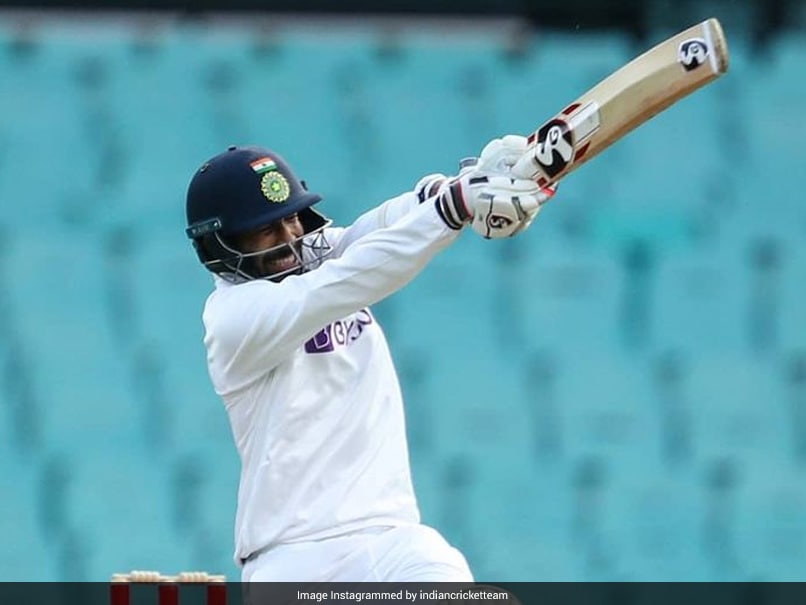 Jasprit Bumrah remained unbeaten on 55 in the practice game against Australia A.© Indian Cricket Team/Instagram

Jasprit Bumrahwas the star with the bat for India in the pink ball practice match against Australia A at the Sydney Cricket Ground on Friday. The fast-bowler smashed his maiden first-class half-century to help India post a first-innings total of 194 after being reduced to 123 for nine at one stage. After his batting blitz, Bumrah took to Twitter to share a picture from the practice match and captioned it as "Try one new thing per day, they said" along with a laughing emoji.

Try one new thing per day, they said. pic.twitter.com/Yozpazpoak

India captain Virat Kohliopted to sit out of the three-day game in Sydney.

Stand-in skipper for the visitors Ajinkya Rahane won the toss and opted to bat.

India got off to a poor start, losing Mayank Agarwal in the third over. Prithvi Shaw and Shubman Gill then steadied the ship for the visitors.

The duo put on 63 runs before an in-swinging ball from Will Sutherland rattled Shaw's stumps. He scored 40 runs off just 29 deliveries.

Gill fell seven runs short of his half-century as he edged one to the wicket-keeper off Cameron Green.

Late fireworks from Mohammed Siraj (22) and unbeaten 55 from Bumrah took India to 194.

With the ball, Bumrah struck in his first over and sent Joe Burns packing for a duck.

Mohammed Shami and Navdeep Saini then ran through the Australia A batting line-up by picking up three wickets apiece to bowl them out for 108.

Bumrah picked up two wickets. India will begin the second day with a 86-run lead on Saturday.

Ajinkya Rahane Australia vs India 2020-21 Cricket
Get the latest updates on IND vs NZ 2021, check out the Schedule and Live Score . Like us on Facebook or follow us on Twitter for more sports updates. You can also download the NDTV Cricket app for Android or iOS.