Despite the convincing win in Adelaide, Tim Paine is not taking India lightly and singled out KL Rahul and Rishabh Pant as potential threats. 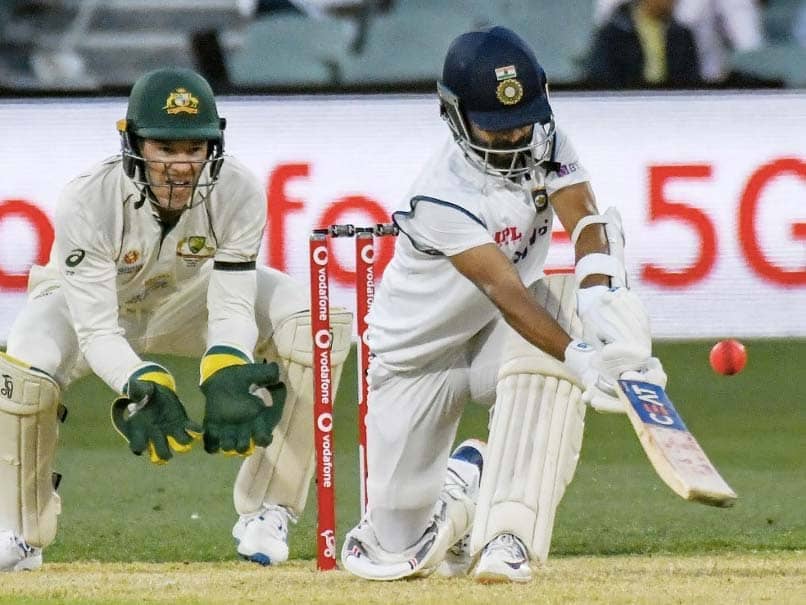 im Paine said a "proud" cricketing nation like India is not going to roll over in the Boxing Day Test.© AFP

Australia captain Tim Paine on Friday said a "proud" cricketing nation like India is not going to roll over in the Boxing Day Test in Melbourne and singled out KL Rahul and Rishabh Pant as potential threats. India go into the second Test, starting at the Melbourne Cricket Ground (MCG) from Saturday, on the back of a humiliating defeat in the series-opener in Adelaide. But Paine is in no mood to take it easy against their battered opponents who collapsed to their record lowest Test score of 36 last week.

"Well, we can't pay any attention to mental scars or whatever thing they're talking about," Paine, who was named Man of the Match in the first Test, said during a virtual press conference.

"We know India is a proud cricket country, an extremely talented Test match side with lots of dangerous players."

Paine, who has led Australia in 20 Tests so far, recalled the Ashes last year when England bounced back in the fifth Test to level the series after being 1-2 down.

"We saw in England that we can come unstuck pretty quickly... the moment we take our foot off the pedal and think we're going all right.

"A huge focus of ours since that fifth Test since the Ashes has been winning after winning. But we've been fantastic in how we've prepared for this game."

With their talismanic captain Virat Kohli (paternity leave) and pacer Mohammed Shami (injured) not available, India are set to make as many as five changes.

"We know that some of the players they're talking about coming into their side like KL Rahul or Rishabh Pant, are all dangerous players who want to take the game on by playing positively.

"If we give them an inch, they will take a mile. So we got to be bang on the mark tomorrow as we were in Adelaide, and prepare to turn up for another five-day battle.

"We know that we won the first Test well but it was only at stumps on day two, we were in a serious fight, so that's the attitude we're taking into the next Test."

The skipper is aware of the fact that living in a bio-secure bubble for the tourists can be harsh, especially when they are 0-1 down after a heavy defeat.

"Living in a hub or a bubble, it is certainly easier when you are playing well, there is no doubt about that but the flip side to that is, you are really close, you are really tight-knit and you are always around each other.

"It can go both ways. We have been on overseas tours before to India or South Africa and we were bowled out for 50. It can be really difficult, so, that's why it is so important for us to turn up with the attitude that we turned up with in the first Test.

"We know they are not going to roll over... We are going to have to work our backsides off to get them in a position like we did in Adelaide.

"If we can do it again, then Tests three and four can become a real battle for them. But, first, we have got to start well and put them back under the pump."

Rishabh Pant Australia vs India 2020-21 Cricket
Get the latest updates on IPL 2021, IPL Points Table , IPL Schedule 2021 , live score . Like us on Facebook or follow us on Twitter for more sports updates. You can also download the NDTV Cricket app for Android or iOS.