Claire Polosak is set to be the fourth umpire in the third Test between Australia and India at the Sydney Cricket Ground starting Thursday. 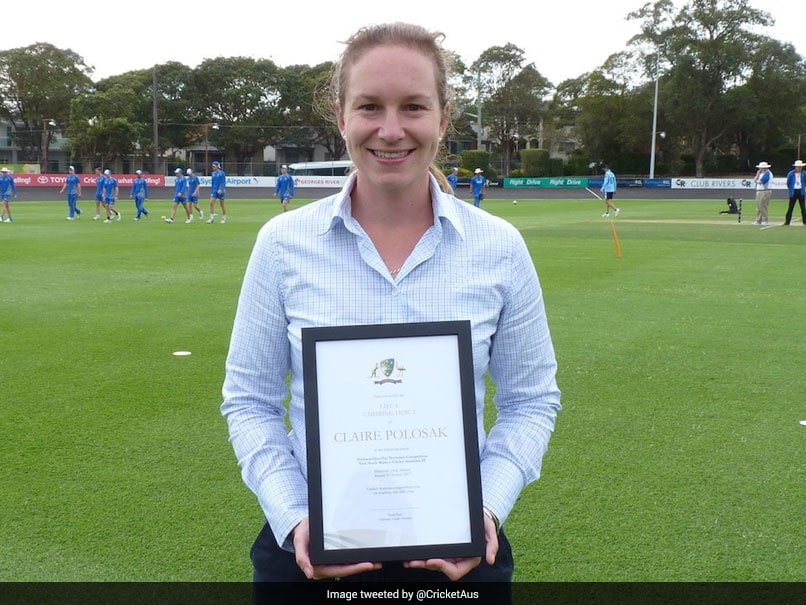 The Pink Test between India and Australia will witness Claire Polosak script history as she will become the first female match official in a men's Test match. Claire will take up the role of the fourth umpire during the third Test, set to begin on Thursday at the Sydney Cricket Ground (SCG). Paul Reiffel and Paul Wilson are the on-field umpires and Bruce Oxenford will be the TV Umpire for the match. Claire made history when she became the first female umpire to stand in a men's ODI when she officiated in the final of the World Cricket League Division 2 between Namibia and Oman in 2019. Commenting on her growth as an umpire, Claire had said it was just the beginning and more women should take up the role of umpires.

"I am thrilled to be the first woman to stand in a men's ODI and how far I have come as an umpire," Polosak had said as per ESPNcricinfo. "It really is important to promote women umpires and there's no reason why females can't umpire in cricket. It's about breaking down barriers, creating awareness so more females can come into the role."

"Umpiring is a team effort. I would like to thank all the umpires I have worked with, my local umpires association -- NSW Cricket Umpires' and Scorers' Association and Cricket Australia, as well as my family and friends, as without their support, this match today would not be possible."

Earlier in the day, Little Master Sachin Tendulkar extended his support to the McGrath Foundation which is helping patients dealing with breast cancer. In the lead-up to the iconic Pink Test, the McGrath Foundation called on Australia to help keep the "pink" in the Pink Test by buying virtual Pink Seats to help raise 1 million dollars to fund McGrath Breast Care Nurses.

The legendary Indian batsman reconnected with former Australia pacer Glenn McGrath, Co-Founder and President McGrath Foundation, off the field and lent his support for the noble cause. Tendulkar handed over Team India's Test jersey signed by himself which will now be auctioned for the noble cause.

"Happy to lend my support to @McGrathFdn''s noble efforts during the #PinkTest to help patients dealing with breast cancer. It was wonderful meeting Glenn McGrath after long. My best wishes to him, his team & especially the nurses who are the backbone of this initiative," Tendulkar tweeted.

The four-match series between India and Australia currently stands level at 1-1 and the third Test is slated to be played at the Sydney Cricket Ground from Thursday.

India Cricket Team Australia vs India, 3rd Test Cricket
Get the latest updates on ICC Women's Cricket World Cup 2022 and IPL 2022, check out the Schedule , Live Score and IPL Points Table. Like us on Facebook or follow us on Twitter for more sports updates. You can also download the NDTV Cricket app for Android or iOS.