Australia vs India, 4th Test: The Brisbane weather forecast for Tuesday has become a huge talking point as it could play a major role in determining who will be taking home the Border-Gavaskar Trophy. 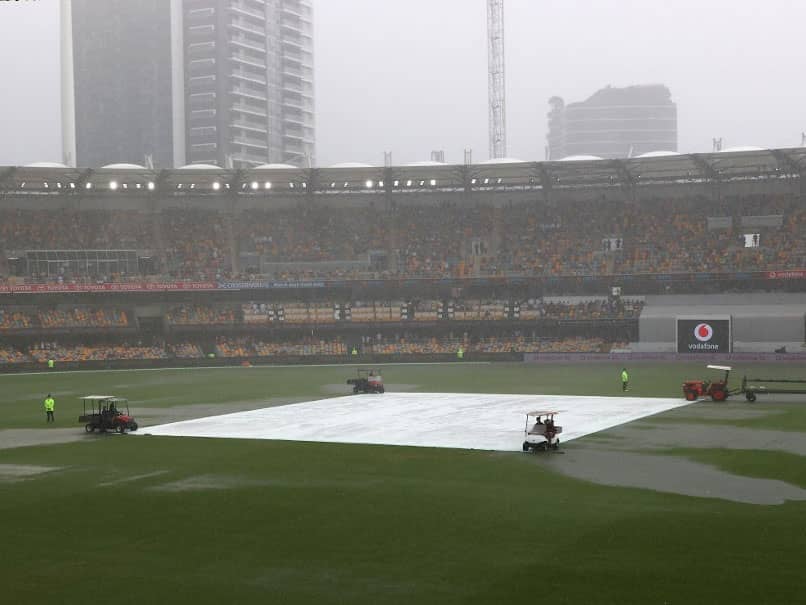 AUS vs IND: The umpires were forced to call for early stumps on Day 4 with more than 20 overs left.© AFP

As the Australia vs India fourth Test nears its culmination, the Brisbane weather forecast for Tuesday has once again become a huge talking point as it could play a major role in determining the outcome of the exciting contest at the Gabba and who will be taking home the Border-Gavaskar Trophy. On the third day, more than 20 overs were lost due to rain and same is expected to continue on the fifth and final day of the series-deciding match. According to weather forecast website AccuWeather, there is only an 18 percent chance of rain in the morning, while the same increases to 51 percent in the afternoon. The cloud cover is expected to be at 55 percent in the afternoon, while the humidity is likely to be around 69 percent.

The rain gods have already affected the ongoing Test match to a great extent. The entire third session on Day 2 was washed out while on the penultimate day of the match the umpires were forced to call for early stumps, with more than 20 overs left in day's play.

After the second day, play started half-an-hour before the normal time to make up for the losses and same will happen on the fifth day but given the weather prediction, it is highly unlikely that Australia will be able to bowl their full quota of overs on Tuesday.

India finished the fourth day at 4 without loss and need 324 runs to register back-to-back series wins Down Under while the Australian team will have to get rid of the 10 Indian wickets to clinch the trophy on a day which is likely to be affected by rain.

With the series currently level at 1-1, the visitors will not be too disappointed as it will aid them in attaining a draw and keeping hold of the prestigious Border-Gavaskar Trophy as they are the current holders. The hosts, however, would not be too happy with anything but a win as it will not just keep them away from winning the trophy but will also affect their chances of making it to the final of World Test Championship.

Brisbane Cricket Ground (Woolloongabba), Brisbane Australia vs India 2020-21 Cricket Australia vs India, 4th Test
Get the latest updates on IPL 2021, IPL Points Table , IPL Schedule 2021 , live score . Like us on Facebook or follow us on Twitter for more sports updates. You can also download the NDTV Cricket app for Android or iOS.