Australia vs India, 2nd Test: Ricky Ponting Feels Virat Kohli Will Be India's Captain For "As Long As He Wants"

Australia vs India, 2nd Test: Virat Kohli left for his home after the first Test match due to a paternity leave granted by the BCCI. He and his wife Anushka Sharma are expecting their first child in January 2021. 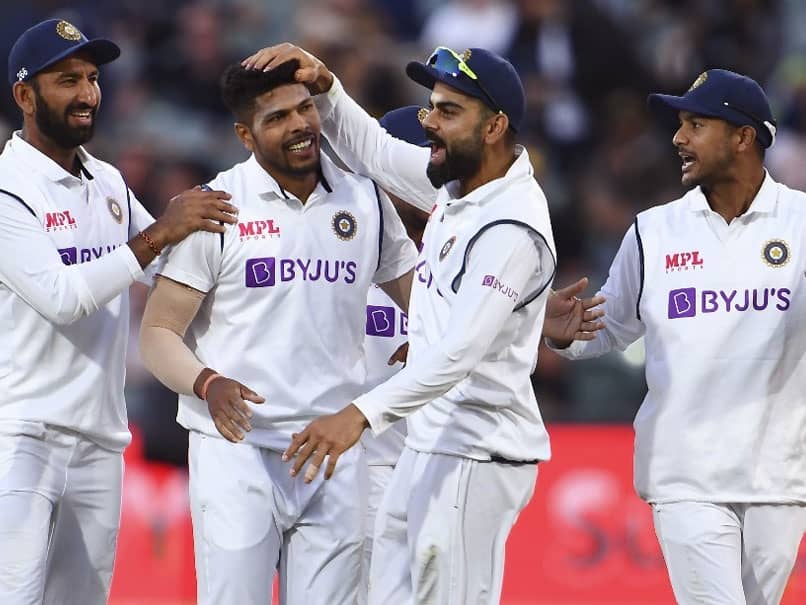 Former Australia skipper Ricky Ponting feels that Virat Kohli will be India's captain for "as long as he wants to". Kohli returned home after the first Test against Australia. BCCI had granted the India skipper paternity leave as he and his wife Anushka Sharma are expecting the birth of their first child. In Kohli's absence, Ajinkya Rahane is performing the duties of stand-in captain in the ongoing second Test at the Melbourne Cricket Ground. India are at a dominating position in the Boxing Day Test after a humiliating eight-wicket defeat in the first Test at Adelaide Oval.

At stumps on day two, the visitors' score read 277/5 and the side has taken a lead of 82 runs over Australia. The hosts might have scalped wickets of India's top-order, but in the final session, Rahane and Ravindra Jadeja showed grit and determination to give India firm control of the match. Rahane and Jadeja have put on an unbeaten stand of 104 runs for the sixth wicket.

"I think he's done a great job to pick up the pieces from Adelaide with this team, led really well in the field yesterday and you can see he's playing like a captain now as well," cricket.com.au quoted Ponting as saying.

"He wants to play that captain's knock; he wants to get a hundred in Virat's absence and do the best thing he can to try and drag his country and his team back into this series. Virat will be captain of India as long as he wants to, but if he thinks standing down is going to make him an even better player, then that's a scary thing for world cricket," he added.

Rahane and Jadeja are currently unbeaten on 104 and 40 respectively for India in the first innings and they will resume the proceedings for the visitors on day three of the second Test.

This is Rahane's eighth Test ton overseas and this is the first hundred as captain of Team India. With this knock, Rahane also became the second Indian batsman to score a century on his first match as captain in Australia. Kohli was the first one to achieve the feat in 2014 when he registered a century in Adelaide.

Former World-Cup winning skipper further lauded Rahane's captaincy and the way he took the team after the pink-ball Test debacle.

"I'm not doubting Kohli's captaincy skills or credentials at all, I'm just saying it's going to take something special to pick up the pieces and Rahane's been able to do that so far. I don't think there'll be pressure from anywhere else for Kohli to do that but let's wait and see. He's almost played a (Cheteshwar) Pujara-like innings," Ponting said.

"No thrills, he's hit very few boundaries but he's just continually backing his defence and trying to wear the Australian bowlers down. I think the Australians have not made him cover drive enough. I think they've been a little bit short and they've plugged that cover region," he added.

On day one of the second Test, India had bundled out Australia for 195 as Jasprit Bumrah scalped four wickets while Ravichandran Ashwin took three wickets.