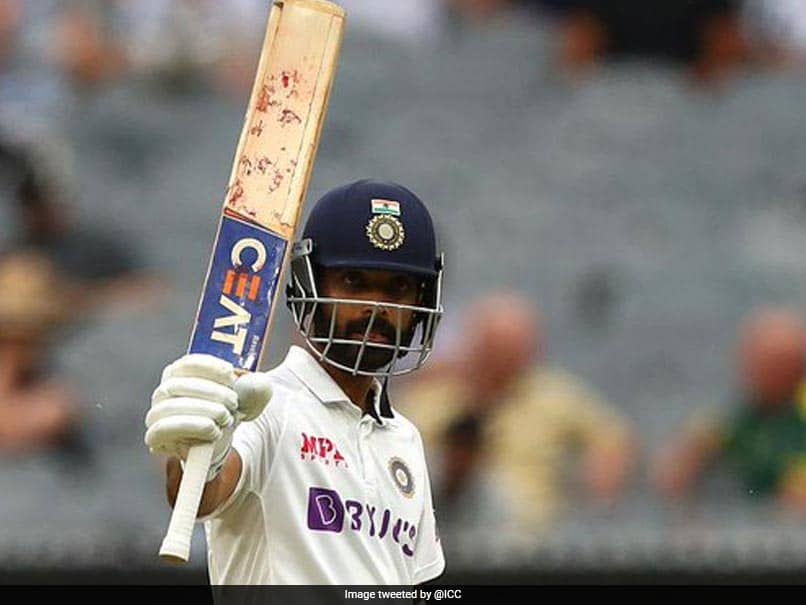 Virat Kohli took to Twitter to lavish praise on India's stand-in skipper Ajinkya Rahane, who scored an unbeaten century on Day 2 of the ongoing Boxing Day Test at Melbourne Cricket Ground on Sunday. Rahane along with Ravindra Jadeja put India in complete control of the second Test of the four-match series as the visitors finished Day 2 with a lead of 82 runs with five wickets in hand. "Another great day for us. Proper test cricket at its best. Absolutely top knock from Jinks @ajinkyarahane88," Kohli tweeted.

Another great day for us. Proper test cricket at its best. Absolutely top knock from Jinks@ajinkyarahane88

Pat Cummins stole the show in the first session on the second day by bowling a marathon spell of nine overs and removing both overnight Indian batsmen -- Cheteshwar Pujara and Shubman Gill.

Gill, on Test debut, missed his half-century by just five runs as he flashed hard at a wide delivery, only to get a faint edge through to the wicketkeeper.

Pujara soon followed suit but Rahane weathered the storm and then later in the day cashed in as he helped India take a healthy first innings lead before rain forced early stumps on Day 2 in Melbourne.

Rahane was well supported by Hanuma Vihari and Rishbah Pant. The Indian skipper added over 50 runs with both batsmen.

Ravindra Jadeja, who came in at six, also remained unbeaten on 40 as India tightened their grip on the match.

For the visitors, Mitchell Starc and Cummins picked up two wickets each while Nathan Lyon accounted for one.

Josh Hazlewood, who picked up a five-wicket haul in Adelaide, remained wicketless.