India vs Australia: Marnus Labuschagne copied Steve Smith during Day 2 of the ongoing first Test match at Adelaide, much to the amusement of the visitors. 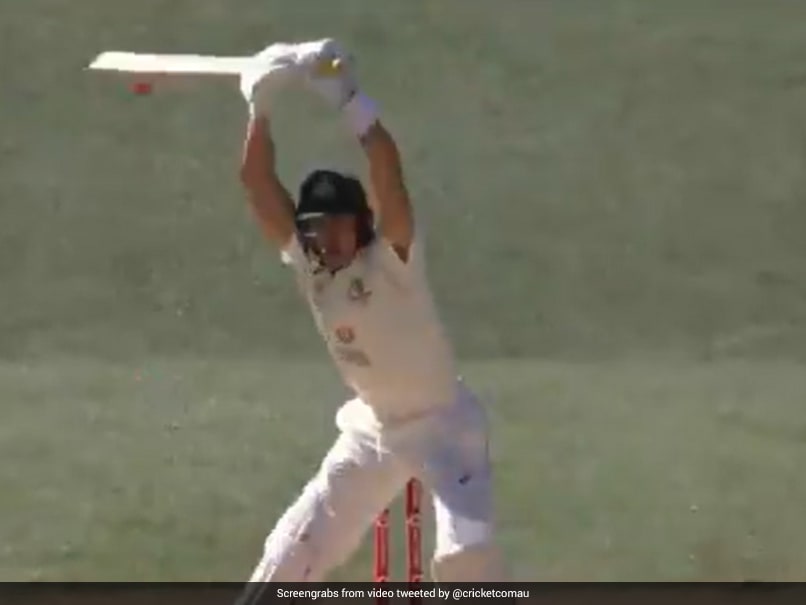 India vs Australia: Marnus Labuschagne amused fans with his "no run" antics in Adelaide.© Twitter

Compared to Steve Smith by many, Marnus Labuschagne took it to another level during Australia's ongoing first Test match against India. After coming into bat at number three following the dismissal of Matthew Wade, Labuschagne walked in with a plan to play a long inning. Facing his first delivery, the all-rounder was up against none other than Jasprit Bumrah, who sent one wide of the stumps, but Marnus had some innovative ideas. He crab-walked across the crease with his bat raised above his head and screamed, "no run!". He just didn't stop there, creating a montage of "no run" screams in his knock of 47 runs from 119 balls. Here is the video:

Marnus displaying all his variations of the 'No Run!' #AUSvIND pic.twitter.com/gLQZjI50B7

Fans on social media also found Labuschagne's antics funny, and as usual compared him to Smith. Here are the reactions:

Marnus to smith: whatever you do, I do even better

After Labuschagne arrived to bat, the second opener Joe Burns also departed, which meant that he was joined by Smith. Australia's scorecard read 29 for two at that point. Smith and Labuschagne managed to score 16 runs together, before Ravichandran Ashwin dismissed Smith. Despite continuing, Labuschagne struggled in his knock and was also dropped twice.

He caught everyone's attention due to his imitation of Smith. He left deliveries outside the off-stump, just like how his teammate did during the 2019 Ashes.

Jasprit Bumrah Joe Burns Australia vs India 2020-21 Australia vs India, 1st Test Cricket
Get the latest updates on T20 World Cup, check out the T20 World Cup Schedule and Live Score . Like us on Facebook or follow us on Twitter for more sports updates. You can also download the NDTV Cricket app for Android or iOS.